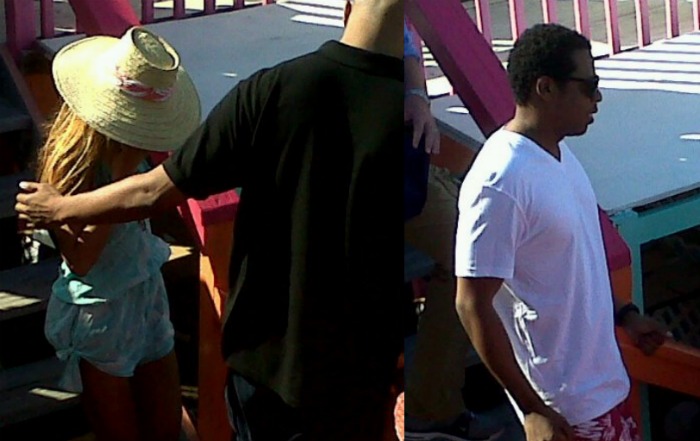 Beyonce was spotted arriving to the Abaco Islands in the northern Bahamas in a big floppy hat shielding her face from the ever-present paparazzi eyes. She rocked a cute aqua short jumper as she hopped off the plane with her hubby Sean Carter. The couple is celebrating their 3 year wedding anniversary today. And what better way to do so than some fun in the sun with your boo.

Both will probably be headed back to the states soon as Beyonce is prepping her fourth solo album release for this summer, and Mr. Carter is dealing with issues with the NBA and a lawsuit over his Roc logo. His collabo album with Kanye West, Watch The Throne, is supposedly dropping soon as well.