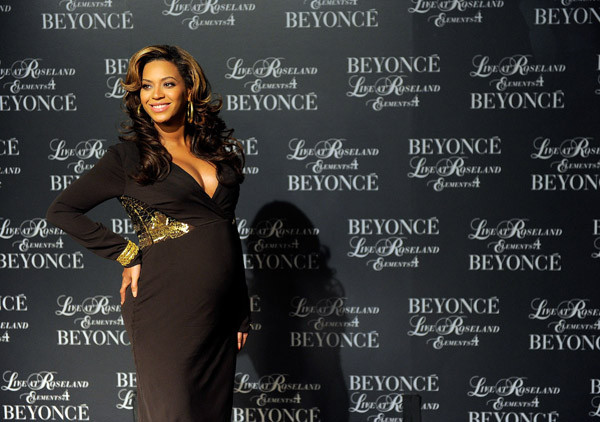 Queen Bey wasn’t at the AMA Awards last night but that doesn’t mean she wasn’t working. The soon-to-be mother was instead hosting a private screening for her new DVD of performances at the Roseland Ballroom. During the event, she took a moment to do Q&A with the Associated Press where she surprisingly told her fans to “tone it down”. Read more inside and catch the interview.

Of course Bey did it in her classy way and still credited her fans as a source of inspiration. Check out the glowing mother below.

What are your thoughts on the interview? I’m still amazed that Beyonce performed the same as she did before she was pregnant. Beyonce is definitely made of good stuff!