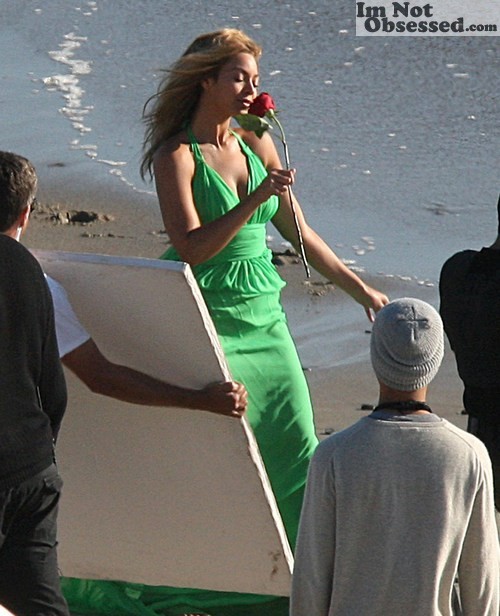 A man living across from a video shoot for Beyonce Knowles in the Hollywood Hills is suing the Beyonce for nuisance cand trespassing, claiming his privacy was invaded by unnecessary noise and crowds.
The ourt documents show Philip Markowitz filed the lawsuit seeking $25,000 on Friday in Los Angeles against Beyonce, a liability company and Dina Ciccotello, a production coordinator for the video shoot for her new song “Why Don’t You Love Me,”Â  which was written by the The Bamaz.Â Sidebar: That song is hot. Markowitz claims his expectations of privacy in his upscale neighborhood were “shattered” on March 26 when the crew came in the morning and didn’t leave until 11 p.m., and that his driveway was repeatedly blocked.Â I think he just wanteed to have something to say. It isn’t like they were outside drinking and smoking. If they had their permits, guess what buddy your case is dismissed.- Written by Courtney L.