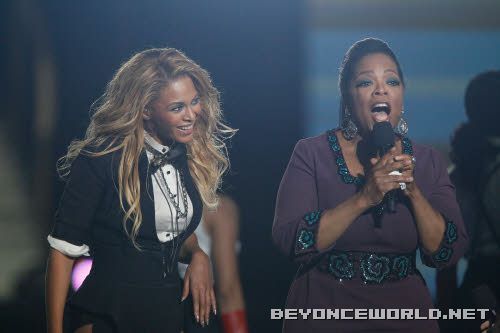 Singer BeyoncÃ© dazzled on The Oprah Winfrey Show yesterday during a tribute performance to the Media Mogul. After beginning with an empowering speech, she quickly transformed into Sasha Fierce. Never disappointing, she danced across the stage amidst a flurry of background dancers, performing her new single, “Run the World (Girls).” Recently awarded with the BillboardÂ Millennium Award, BeyoncÃ©Â has proven why she easily holds the title of “entertainer” that so many other artists strive for.

Looks like the BeyoncÃ© machine is running full steam ahead!

Also helping to prove the single’s “hit” status, a group of children have provided Â a hilarious spin on Run The World (Girls). The viral hit already has over 7,000 views on YouTube and is currently taking over the internet. Check out these kids showing who really runs the world below!

Make sure to check out both performances!

What y’all think? Who run this mutha? LOL