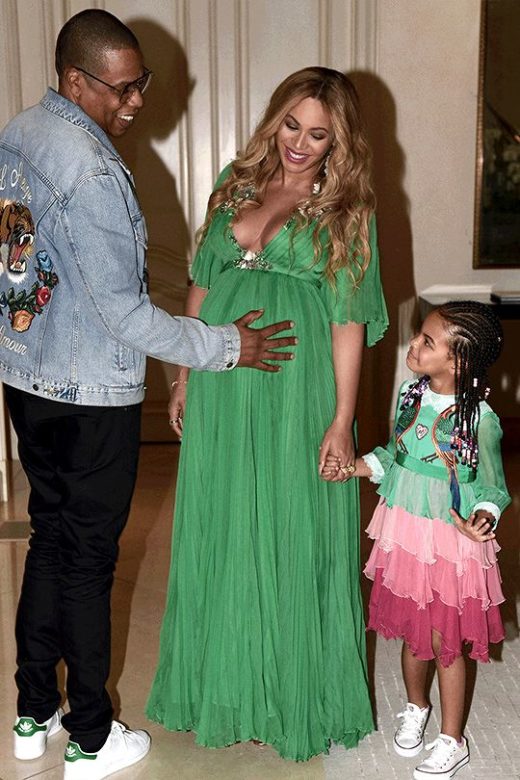 Rumors are flying that billionaire couple Beyonce and Jay Z are preparing to deliver the Carter twins at home.  According to the Daily Mail

Medical equipment including incubators and ‘an entire professional neonatal wing’ has been shipped into the couple’s £100,000-a-month rented property as they plan the ultimate in home births.
Vans full of high-tech kit have been seen arriving at the mansion over recent days, suggesting the due day is fast approaching – even though Beyoncé has been uncharacteristically shy about exactly when the twins are expected.
A neighbour said: ‘It is all about privacy and safety. It’s not usual for someone expecting twins to have them at home, but Beyoncé has discussed it with her doctors.

While Beyonce is home getting ready for her delivery, Jay Z was spotted in Jamaica today with Damien Marley.  See the pics of the duo in the studio on the island below. That 4:44 album is going to be something serious!!!