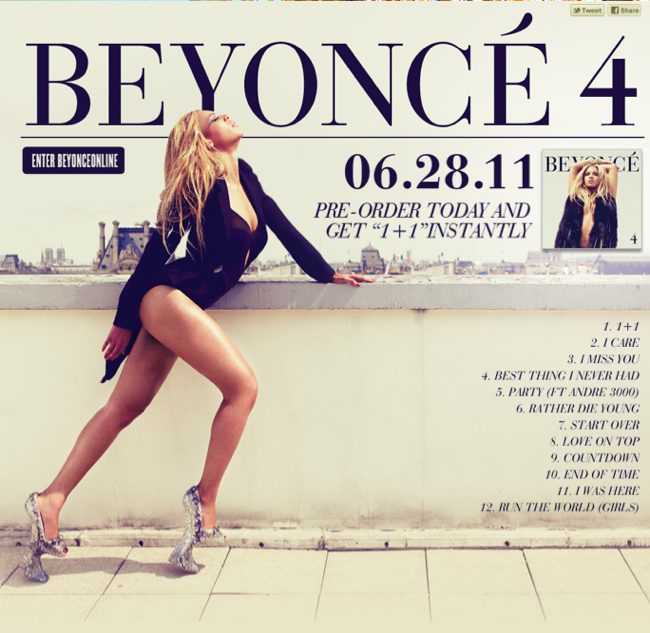 BeyoncÃ© season has truely begun! The entertainer has upped he promotion for new album, 4, with a released tracklist of the album, along with TWO appearances on the finale episode of the most watched TV program in the country, American Idol. 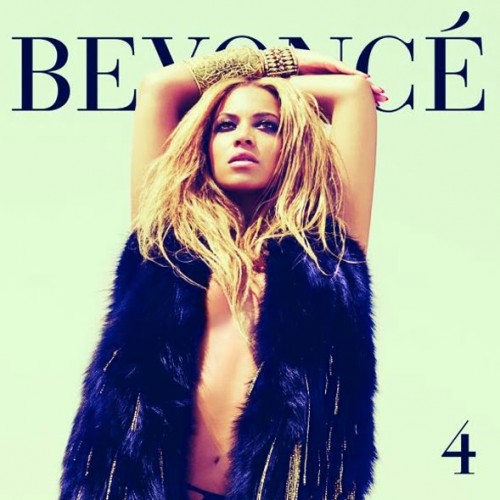 The tracklist includes a contribution from Rapper Andre 3000, the only feature on the album. Singer Frank Ocean has also tweeted that a song he worked with the singer on is also featured on the tracklist.

Hours later, BeyoncÃ© performed twice on American Idol. First taking to the stage early on in the show, the singer joined the female American Idol contestants for a rousing performance of her first solo hit, Crazy In Love.

The performance was quick but very good, but we all know BeyoncÃ© always delivers on this front.

An hour later she returned for an emotional performance of her brand new single “1+1”.

The performance was great, serving as a reminder to anyone that has counted BeyoncÃ© out as a vocalist that she can SANG.

The ballad and single artwork were then rushed to iTunes immediately to coincide with the performance. 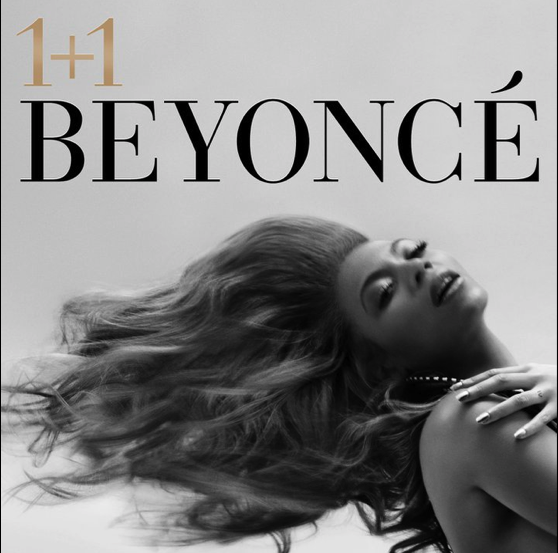 Needless to say shes ON IT. Expect a lot more BeyoncÃ© in the weeks to come as we get closer to her album’s release date. Check out some more pictures of BeyoncÃ© performing + her album tracklist and tell me what y’all think!

4. Best Thing I Never Had