Who runs the world?  BEYONCE!  It looks like Hilary Clinton is getting some help from Queen Bey to bring some awareness to her 2016 Presidential Campaign.  Beyonce showed up at a Clinton fundraiser last week and the event reportedly raised a little over $1 million!  In what looks like a public endorsement, Clinton’s campaign posted the tweet above to let the Beehive know that the Queen Bey is on board!  Catch a glimpse of Beyonce greeting guest at Hilary Clinton’s campaign fundraiser below. 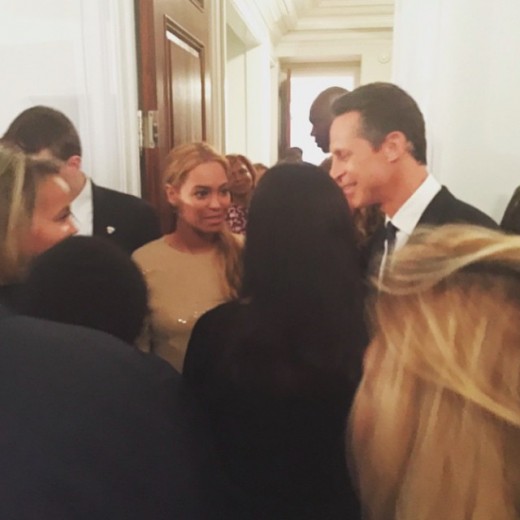 Ray Lavender Stars In Tyler Perry’s Play “Hell Hath No Fury Like A Woman Scorned” -The Tour Has Begun!