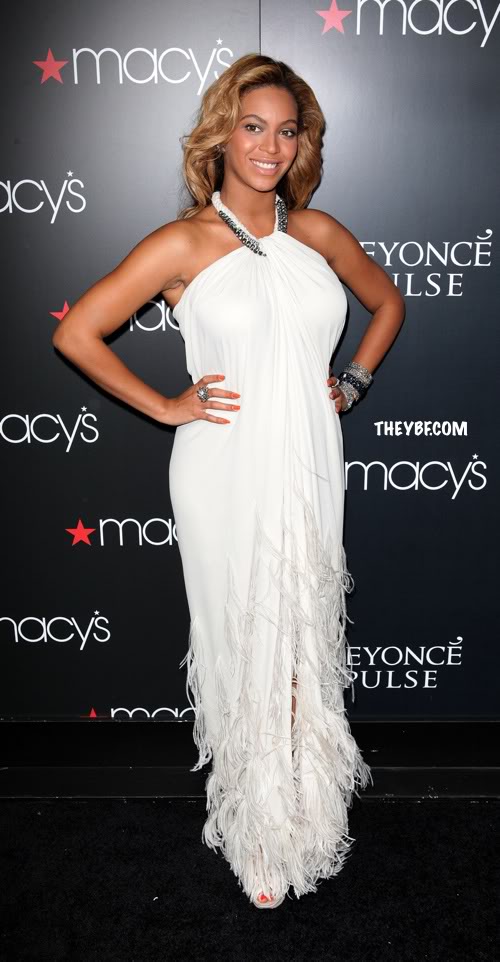 Looks like BeyoncÃ© is everywhere! For her to be pregnant she sure hasn’t slowed down one bit! She’s been promoting her new fragrance ‘Pulse’ at Macy’s, chatting up her pregnancy with the people over at Access Hollywood to stopping by 106 & Park. Luckily we’ve got the video for you!

Sitting down with Access Hollywood, BeyoncÃ© talks about her record-breaking announcement and how she “dreamt” ending her performance the way she did. She knocked the socks off of all of us! When asked if she’ll be slowing down at all, she basically says no, saying that she’s “going to be one of those mothers that find the balance and keep it trucking.” She’ll be heading back to the studio soon, is set to release a film with Clint Eastwood next year and even talked a maternity line! (She better have maternity clothes for the club!) Check out the video below:

BeyoncÃ© sat down with Terrence J of 106 & Park and discussed her new fragrance and how she feels empowered by being pregnant.

She then goes on to discuss her album 4 and comments on my dude’s glasses! Check it out.

While promoting her new fragrance “Pulse” in NYC, Beyonce divulged other plans for the future, saying, â€œI am starting my company, my label. I want to create a boy band. I want to continue to produce and do documentaries and music videos. I eventually want to start directing for other artists.â€ She’s trying to do it big! She needs to check out my tweet me song and get me a contract before somebody else scoops me!

Check out pics of B promoting the new fragrance at Macy’s in NYC: