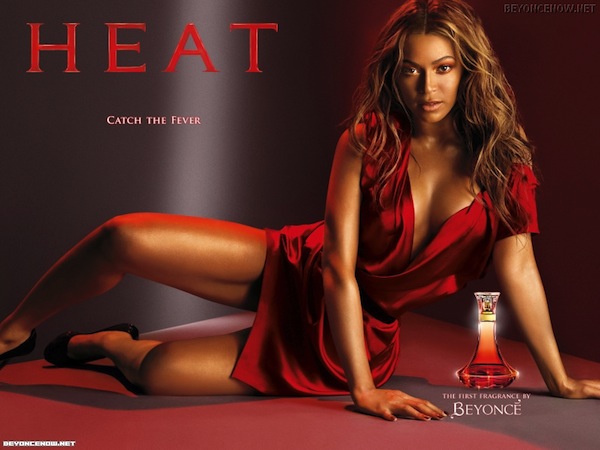 Beyonce’s new ad for her latest perfume appears to be a little too hot for some parents in the U.K. According to E! News, the commercial for Beyonce’s new fragrance Heat has been banned from airing before 7:30 p.m. Numerous British parents have reportedly complained, claiming the pop superstar shows off a little too much of her “Bootylicious” body in the spot. Coty, the company behind Beyonce’s Heat, says the ad shows off her “sexy chic” style, adding that in no was was it overly sexual.

A rep for Coty states, quote, “At no point was Beyonce naked,” adding that the commercial was, quote, “stylized and in keeping with other ads in the genre.” The Advertising Standards Authority disagrees, noting that Beyonce’s body movements and her exposed skin create a, quote, “sexually provocative ad that was unsuitable to be seen by young children.” Here are some pic’s of Beyonce doing what she does best texting while walking.. I wonder who she’s talking to?