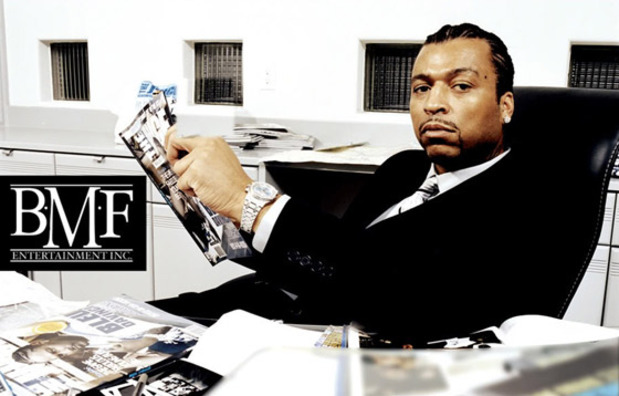 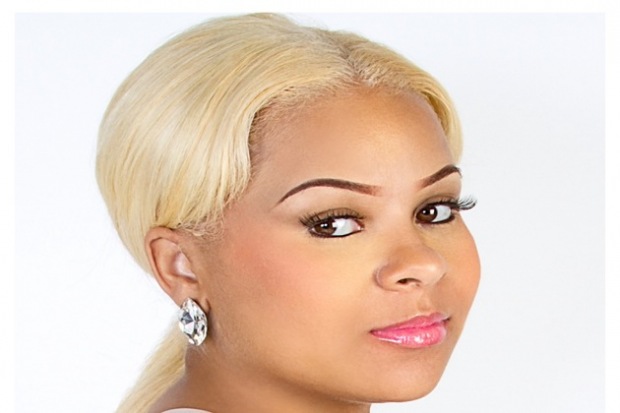 All Hip Hop got a great interveiw today with Glam Bar Salon owner Sabrina Peterson about her life as the girlfriend of B.M.F.’s Big Meech. Â In the interview, they talk about advice he’s given her, life dating after Big Meech, and what she’d like him to know now. Â  The Glam Bar is more than just a salon. Â It also serves as an event space for private high profiled Atlanta events.Â  If you are in Atlanta, stop by the Glam Bar Salon on Peters Street and get dolled up! Â  Â They do great work! Check out Freddyo’s Glam Bar Event PhotosÂ  and the in dept interview below.Â

TheÂ Black Mafia Family (BMF) remains a story of legend. One of the biggest criminal drug gangs in recent history, BMF allegedly made over $270 million in drug sales. And, as an aspiring record label, they garnered the attention and the ear of the Hip-Hop industry. The leader, Big Meech, is still a name constantly dropped in rap songs and profiled on television shows.

Demetrius â€œBig Meechâ€ Flenory is currently serving the fourth year of his 30-year sentence at Lewisburg U.S. Penitentiary, a maximum security prison, where he is under a 23-hour lockdown. Flenory was recently transferred after violence erupted at his former Jessup, Georgia prison, where over 200 inmates had started wearing BMF tattoos. Proof that his name and legacy continues to far-reaching influence.

Today, June 21, on Big Meechâ€™s 44th birthday, AllHipHop.com sat down with Sabrina Peterson, Meechâ€™s former girlfriend â€“ with his permission â€“ to talk about the man behind the myth:

AllHipHop.com:Â Thank you for talking to me, Sabrina. What do you think is the biggest misconception about Meech?

Sabrina:Â That he was ruthless and cold. When people think of a Boss, they think of a cold-hearted person. I wouldnâ€™t say he wasnâ€™t intimidating, but he wasnâ€™t mean. The motive behind this whole thing from the way he explained it to me, he just wanted to see dudes run together, be a family, and everybody be on the same level money-wise. It went all bad, but the initial intention was good.

AllHipHop.com:Â Do you think that if he could he would change things? What would he do differently?

Sabrina:Â Thatâ€™s something I would have to ask him, thatâ€™s such a personal question. I can say what I think he should do differently, but I didnâ€™t create his empire, and I canâ€™t be the person to say how it should have been created differently. 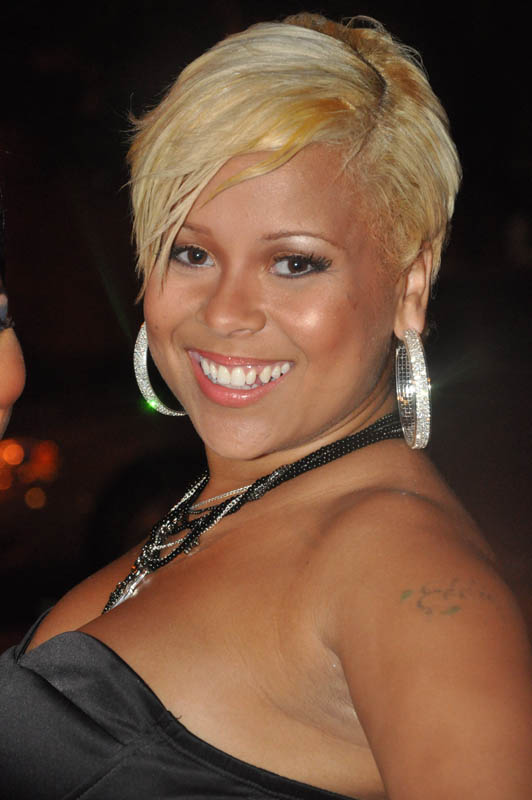 AllHipHop.com:Â What would you do differently, if anything?

Sabrina:Â I donâ€™t think I would do anything differently. We had a debate one time about how flashy he was, and how maybe he shouldnâ€™t be so flashy and maybe he should slow down and not throw money in the club, or put billboards up everywhere. His response to that was that he was already going to jail. Every n*gga that do what he did always ends up in jail. And this was way before he went to jail, he said, the difference between him and them is that he is going to get letters. But, for other guys, no one may care if they go to jail, but they also wonâ€™t care if you stay. The downside for Meech is that because of his influence, people on the political side care that he stays there.

AllHipHop.com:Â What did you learn from him?

Sabrina:Â What I learned from him? Wow. A lot. I learned marketing, I learned public relations. I learned how to deal with people a lot. I learned a lot from his lessons, such that you can give the whole world to some people, and people wonâ€™t reciprocate it back. As far as when it comes to my business, I would reach out to him, and he would give me business advice.

AllHipHop.com:Â It seems like you all also had a mentor type relationship.

Sabrina:Â Definitely. He gave me a lot of advice on my businesses. He was my go-to person. When I donâ€™t know how to deal with a new dude Iâ€™m dealing withâ€¦ he actually called me once out of the blue and told me to lose weight [laughter]. Those are some of the things that make him really, really special to me. Iâ€™m proud that heâ€™s proud of me. For me, I loved him so much and I cared about him so much, it was always in the back of my head to show him that he needed me, I captured his heart through my hard work and my hustle. When I want to give up on my salon or my business, I find my strength in him still.

AllHipHop.com:Â What is your relationship like now? How often do you talk?

Sabrina:Â Since December, I canâ€™t talk to him. Prior to that, as much as we could. He only gets 300 minutes a month; however that rations out between a call here and a call there. He still has to call his sonâ€™s mom, his mother. He loves a pen pal, so he has girls, fans, who have written him that he might talk to. Iâ€™m happy for them, because without them, it would be hard for him to hold on. Itâ€™s part of my probation. For the three years that Iâ€™m on probation, I canâ€™t talk to him. 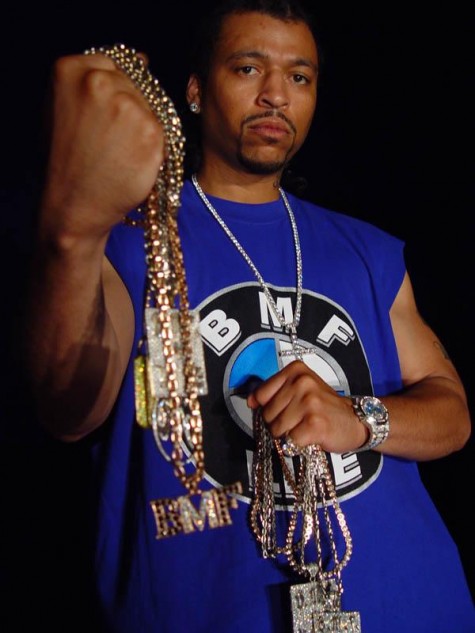 Sabrina:Â Yeah, itâ€™s real difficult, because I need him. When he is going through all of this stuff, I canâ€™t be there. Through his daughter, she is able to talk to him about me, and I am able to find out how he is doing. Sometimes it feels like the only way we can communicate is through energy.

Sabrina:Â Itâ€™s wack. You got a man with big body parts, big money, big shine, then you see these other dudes, they got ok-sized body parts, ok-sized money, ok-sized shine. [laughter] At the end of the day, those things are attractive. The level of respect and power he had was an attractive thing. Heâ€™s a hard act to follow. You got all these n*ggas out here who want to be him or be like him. You got one dude in your bed and your main dude on The History Channel, your heart, and your mind. You go to the club, you hear, â€œI think Iâ€™m Big Meech,â€ and the dude you with dancing to the song. [laughter] Itâ€™s a hard act to follow.

Sabrina:Â I would tell other girlsâ€¦ donâ€™t get caught in the flash. Once you get to a certain age, you need to know that fast money stops, fast men get slowed down. You donâ€™t want to get so caught up, especially here in Atlanta. These young girls are attracted to the flash and the glitz. But there is a flipside; the flipside is some days are painful.

Iâ€™m 33, and Iâ€™m starting over again. When you choose that lifestyle, it eventually chases up. I didnâ€™t know when it was going to catch up to me, but Iâ€™m glad it did, because until it does, you barely sleep. Always looking over your shoulder, wondering which car is the cops, but I ran my business from a standpoint of fear because I never knew when the Feds were going to come in a take it from me. Now, I can move on with a clean slate and tell my story. Maybe somebody will see through what I went through and make different decisions. 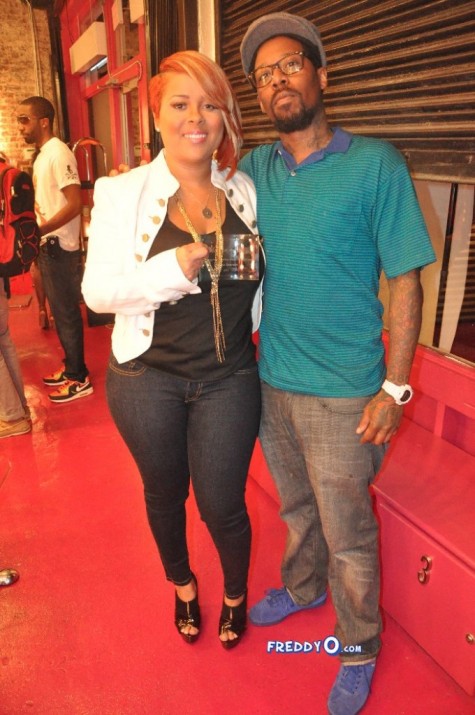 AllHipHop.com:Â What were you indicted for?

Sabrina:Â I was indicted for seven drug charges. I was convicted of lying to a federal officer. Thatâ€™s what Iâ€™m on probation for.

AllHipHop.com:Â Was your indictment related to BMF?

Sabrina:Â No. It was after Meech.

AllHipHop.com:Â If Meech was to see this article, what is something you would like to say just to him?

Sabrina:Â That I love you. Iâ€™m going to keep grinding and keep shining. They got me f*cked on this Federal probation thing, and Iâ€™m glad to be able to actually say this to you. Iâ€™m hearing about what you are going through; Iâ€™m hearing about Lewisburg. Stay strong. Donâ€™t go crazy in there. Donâ€™t lose your mind and lose your sanity, because thatâ€™s what they really want you to do, they want you to bow down.

I know that you got everything it takes to maintain and continue to be the boss that you are where you at. I feel bad that Iâ€™m not powerful enough to make the moves that I need to make for you. It frustrates me every day. I hope that my prayers are enough to get you through right now. I ainâ€™t going nowhere as long as you ainâ€™t going nowhere. I might be with a hundred n*ggas but only one n*gga got my heart.

Sabrina Peterson is the owner of The Glam Bar, a successful high-end salon in Atlanta. Peterson is working on a book project in the hopes that she can help young at-risk girls. Follow her on Twitter (@GlamBarSalon).