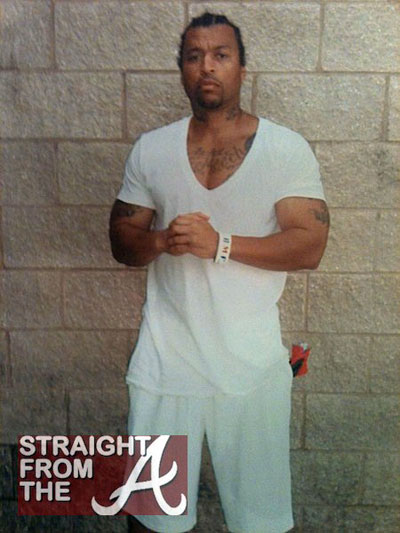 Big Meech, the head of Black Mafia Family Entertainment has responded to the ladies who are trying to put out a reality show calling themselves BMF Wives. Big Meech is still behind Â bars, but used his Mama to reach out to the world and let people know that the BMF chicks are all frauds. 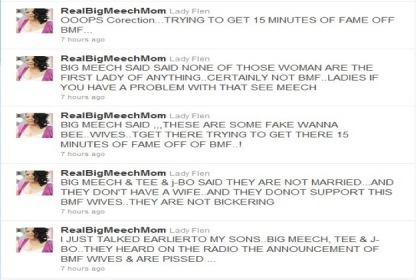 The CEO of BMF Entertainment also expressed his views in the matter that the ladies are calling themselves the First Lady. He implied in a phone conversation with Straight-From-The-A that they are just nothing. He also told that he’s not trying to associate the BMF Entertainment with any form of reality show. He further told the website that “Meech has never been marriedâ€¦ Terry has never been married. Thereâ€™s never been a woman to be a FLENORY besides Miss Lucille and their kids.”

So, clearly, these women tried to play big and got a rather “Mafia” response from the family. What do you think? Another fight is on its way?

Straight From The A.