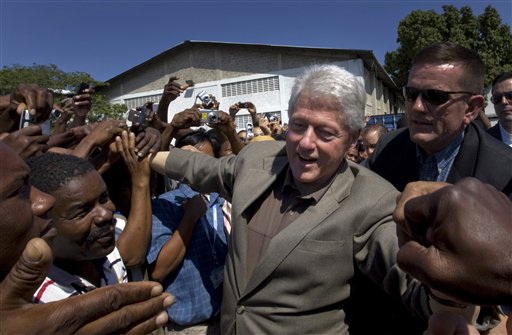 Bill Clinton blames stress and a lack of sleep — all the result of the earthquake in Haiti — at least in part for his recent heart problems. The former President had two stents placed in one of his cardiac arteries last Thursday in a New York hospital. Clinton told reporters he “didn’t sleep much for a month” after the Haitian earthquake because he was heavily involved in humanitarian relief efforts. Clinton says he’s going to ease up a little because, quote, “I am going to have to help Haiti for several years — I can’t get it all done in a week.”