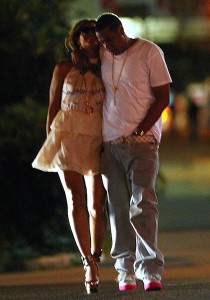 Beyonce and Jay-Z are being recognized as two of the most powerful people in music. The R&B and hip-hop super couple rank 13th on the first-ever Billboard Power 100 list.

The Power 100 ranks the most influential people in music today. Beyonce and Jay were able to crack the top 15 thanks to their incredible sales figures and partnerships with companies such as L’Oreal, Target, Def Jam Records and Live Nation. The chairman of Live Nation, Irving Azoff, tops the inaugural Billboard Power 100.

Other musicians making the list include Cash Money Records CEO Bryan “Birdman” Williams and his brother Ronald “Slim” Williams, who come in at number 25. Jon Bon Jovi checks in at number 50, while Taylor Swift sits at number 78. Lady Gaga also made the cut at number 84.Â Here’sÂ Billboard 2012 Power 100…

In other news BeyoncÃ© is being “politicized” in New Jersey thanks to a doctoral student and lecturer at Rutgers University. Kevin Allred has started a course called “Politicizing BeyoncÃ©” as part of the school’s Department of Women’s and Gender Studies, but he tells “Focus” it has little to do with the singer’s political engagement or how many times she’s performed for President Obama. Instead, the class uses BeyoncÃ©’s career to help students understand race, gender, feminism and sexual politics in America. 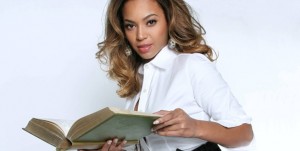 Allred says he got the idea after teaching Women’s Studies 101 for four semesters and frequently talking with his students about the thin line BeyoncÃ© walks between “sex kitten” and “girl power role model.”

But while the in-class discussions usually begin with BeyoncÃ©, they often expand to include other performers like Billie Holiday and Adele, as well as other notable figures like writer Alice Walker and abolitionist Sojourner Truth.

Just so yall know when it comes to Blue Ivy Carter, Oprah Winfrey is not the godmother.

“Let me just say, if thatâ€™s true, it is news to Oprah. You know, she was heading to South Africa when baby Blue was born,” King spoke of the rumors Friday on her â€œCBS This Morningâ€ news show.