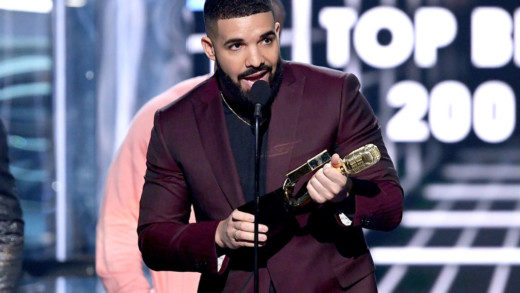 Billboard Music Awards took place in Nevada this year and was hosted by Kelly Clarkson. Reports from TheY BF say, Drake and Cardi came home with Trophies! Also, Wendy Williams reports Madonna spent millions of her own money on her performance.

Cardi B has had an amazing year musically and has the trophies to prove it. She won the ” Top Rap Song” award. On IG she shares a post with a heartfelt caption:

Thank you soo much everybody for the support .I know I’m one crazy bitch and I express my self too much?I be having ya like”here this bitch go again”?but hey! stick with me, I mean no harm ???naaa but seriously thank ya for riding and supporting me.Ya keep me motivated to keep on pushing!

Drake has been an phenomenal artist since he came in the game. Many of us still listen to his first mixtape which sounded like a Album. Drake has literally become a legend in a short of amount of time and none can mix rnb with hip-hop quite like him.

Cardi B leads the nominees with 21 noms in 18 categories and sources from Billboard say, Drake made history; He became the most-awarded artist in BBMAs history, he received 12 awards which brings him to 27 total.

Taylor swift was also at the BBMA and there is so much gossip stirring up about her performance. What did you all think? Share your comments!

Madonna’s performance was Fly to me. She actually had four holograms perform with her and reports state she spent millions of her own money to spice up her performance.