Birdman Says to Put Some Respek on it!!! 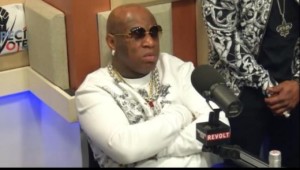 Birdman’s recent rant on power 105.1’s morning show, The Breakfast Clubl, has generated countless memes and comedic reenactments while establishing the ultimate comeback for the summer. The popularity of the phrase “put some respek on my name” has thrust Birdman back into the spotlight while ruffling feathers, and creating division among those who agreed with the rapper’s approach and those who were left confused and amused.

With the undeniable power of social media and internet popularity, the question isn’t whether or not one agrees with Birdman’s decision to “pull up” on the Breakfast club, but rather whether Birdman will be able to capitalize on this recent controversy and turn “respek” into album sales.

Birdman had recently been making the rounds at several media outlets promoting his new album entitled Ms. Gladys, which is set to be released on June 24th. The rapper and Rich Gang are also set to release an LP entitled Rich Gang: The Lifestyle 2 on July 1st. The controversy began during Birdman’s interview with The Breakfast Club that took place last week. Before the interview began, Birdman made sure to let all “tree” members of The Breakfast Club know to respect his name.

Birdman was referring to two previous interviews conducted by The Breakfast Club with rappers Trick Daddy and Rick Ross in which Birdman became the topic of conversation. The interview ended abruptly when one of The Breakfast Club hosts, Charlamagne Tha God, questioned why Birdman had not approached Trick Daddy and Rick Ross with the same vigor and confrontational style. After a brief response Birdman and his crew left the 2-minute interview and the rest was history. 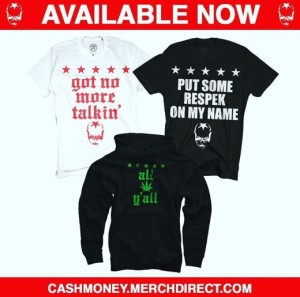 The rapper and CEO has already created clothing bearing the most memorable catch phrases of the interview, but it unclear whether this buzz will carry on into the release of Birdman’s Ms. Gladys album.

Will you be buying Birdman’s latest album? Do you Agree with Birdman’s decision to pull up on The Breakfast Club? Share your opinions in the comment section below!