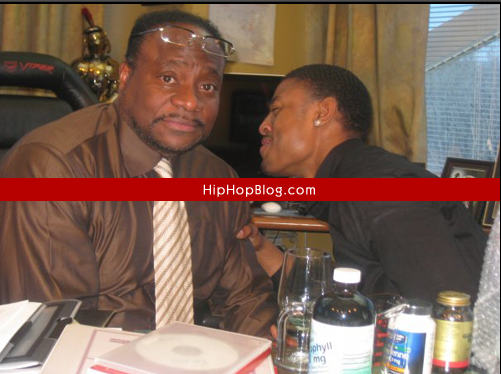 I really don’t know what to say about all this Eddie Long drama but I will say something isÂ not right will all these new pictures that are coming out. The HipHopBlog.com found photos that really make me say Hummmm??????

Photos have surfaced of embattled pastor Bishop Eddie Long and some of his ‘Long Fellows’ members in Long’s private Atlanta office. HipHopBlog.com has obtained these exclusive images just as more questionable details have surfaced in the ongoing controversy surrounding the New Birth Missionary Baptist Church pastor. HipHopBlog.com’s sources have revealed that there is a million dollar penthouse in the city’s midtown district that is allegedly owned by the famous mega-church reverend.

The source at the posh Twelve Atlantic Station cites several employees and residents that have noted that Long’s visitors at said location have predominantly been young men.

Long is expected to address allegations brought against him by four former congregation members that the pastor used his influence to coerce them into sexual relationships. He was expected to step down as New Birth pastor immediately thereafter, but reports have recently refuted that claim.