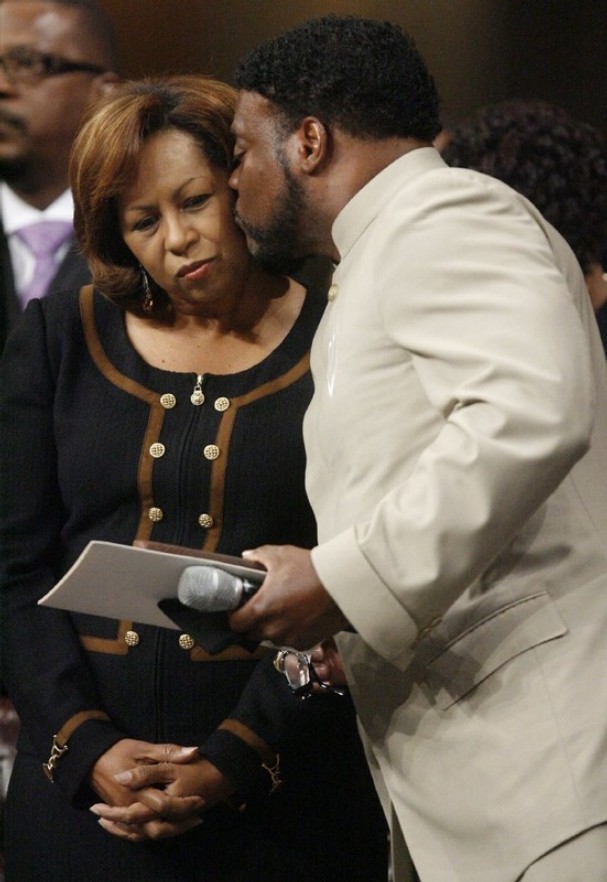 It came out that Bishop Eddie Longâ€™s wife, Vanessa, left him but the church says sheâ€™s standing by her man. Every blog in America has been writing and tweeting about the whole situation from him paying Millions to pay those young men off to the latest of Mrs. Long walking out.

New Birth Missionary Baptist Church Spokesman Art Franklin, said they chose NOT to respond to the â€œrumorsâ€ but now has issued a statement to dispel them.

The church released a statement saying the rumor was ignored because the church is focusing on doing Godâ€™s work, but â€œmany people canâ€™t discern the difference between legitimate journalists and irresponsible bloggers.â€

â€œMrs. Long has not moved out and is very much a loving, dedicated and committed wife and mother.â€

â€œIt is unfortunate that anyone would make such hateful and damaging false claims of this nature. These cruel and insensitive rumors have the potential to cause immeasurable pain and suffering. Those involved should feel obligated to retract their earlier statements,â€

All I’m saying is we not judging anybody over here but umm… why would you call bloggers irresponsible we just report the news not make it!