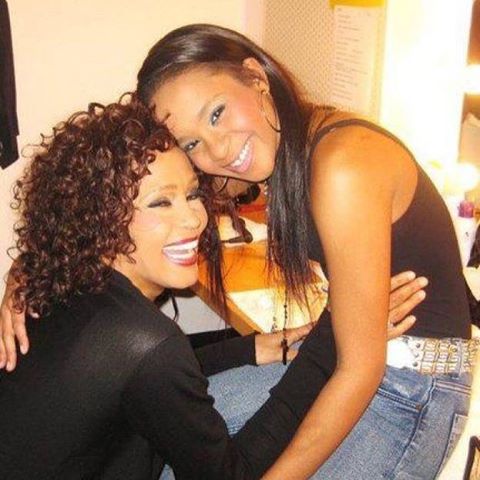 Bobby Brown is celebrating the birthday of his late daughter, Bobbi Kristina Brown, by launching a domestic violence web site.

The purpose of the site is to stop domestic violence. On the site, the singer writes:

We seek a world without Domestic Violence, Bobbi Kristina’s Serenity House is that forum…our collective voices will be heard.

We may not know what the future holds but we do know that it lies in the hands of our children. Thus, the decision is not whether we should invest in the future of our children, but how soon we can make the commitment.

Bobbi Kristina’s Serenity House’s purpose is to bring together all people of the world in the promotion of lasting peace through thinking globally and acting locally.

Bobbi Kristina’s Serenity House is committed to empowerment; regaining power within, instead of seeking approval and power from the outside sources.

The essence of our organization is providing a state of peace as a common cause, to benefit everyone without neglecting any other. Education is the principal means to building a state of world peace. It will raise the profile of this issue, hence, mobilizing resources, organizations and public opinion. As in most situations where there is a dire need to “enhance” the vision, level of compassion, and thoughts of the masses, education is the key.

It is particularly up to us-communities and nations that are relatively prosperous-to take responsibility for change. Often times, the poor and oppressed are not able. As the world’s scientists have warned us: during our children’s lifetime, a great change in our stewardship of the earth, and the life on it, is required if vast human misery is to be avoided, and our planet is not to be irretrievably mutilated.

We are committed to educating the community about the cycle of violence, providing outreach services to identify women and children in need of these services, and operating a 24-hour crisis line to provide crisis intervention and referrals for domestic violence victims.

Bobbi Kristina was found unresponsive in a bathtub in late January 2015. She was kept in a medically induced coma for several months; she died in hospice care on July 26, 2015, at the age of 22. She would have been 24.