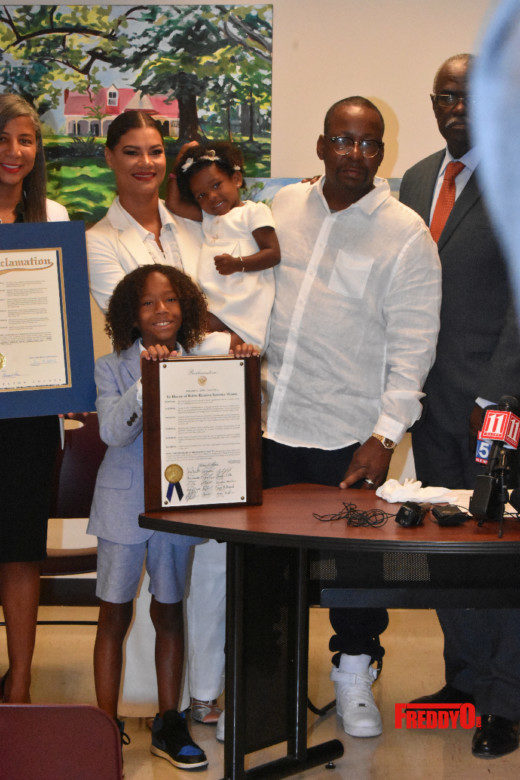 Singer Bobby Brown plans to build a shelter for domestic violence victims in honor of his late daughter while declining to directly address old allegations that he once hit his ex-wife Whitney Houston.

On Monday, he received three proclamations from officials in Atlanta, Fulton County and the City of South Fulton acknowledging his plans.
Bobbi Kristina Brown, 22, was found unresponsive in a bathtub in 2015 and died after six months in a coma. 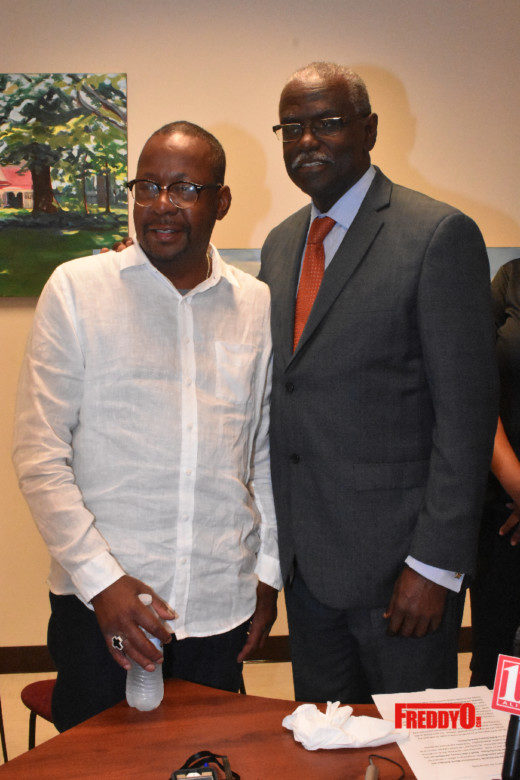 Her estate sued her boyfriend, Nick Gordon, for wrongful death, accusing him of assault and other offenses. An attorney for Gordon called the charges baseless, but after Gordon failed to defend himself in the civil case, a judge ruled against him in 2016 and ordered him to pay $36 million. 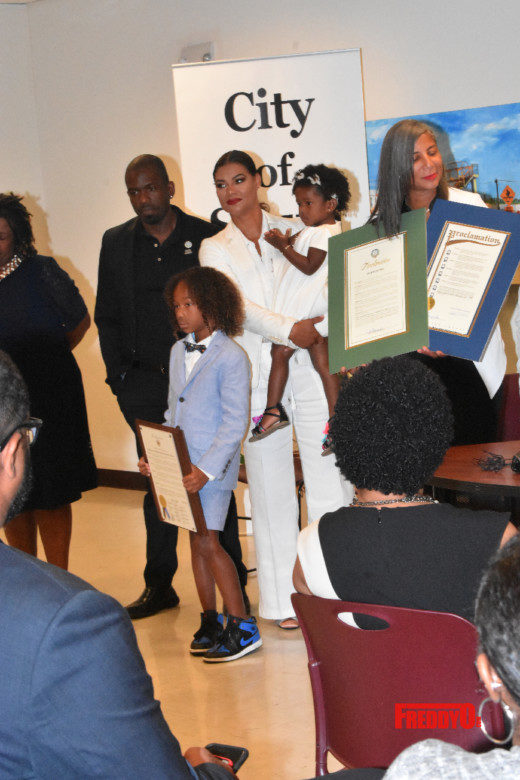 Last week, Brown denied to news reporters that his tumultuous marriage with Houston ever turned violent, despite a 2016 interview with ABC’s Robin Roberts in which Brown said he once hit her. 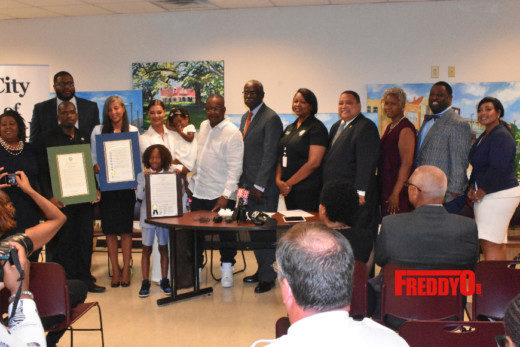 Asked again Monday about the allegations involving Houston, Brown did not answer directly, but instead described his own childhood experiences of domestic violence.

“I grew up in a domestic violence home,” he said. “I’ve seen it firsthand. It stopped after my mom was not going to have it anymore. They both would do it to each other. I’m happy that part of my life is over. I’m ready to move on. I’m becoming a better man, father and brother. This is all about being there for someone else, so they won’t have to go through it by themselves.” 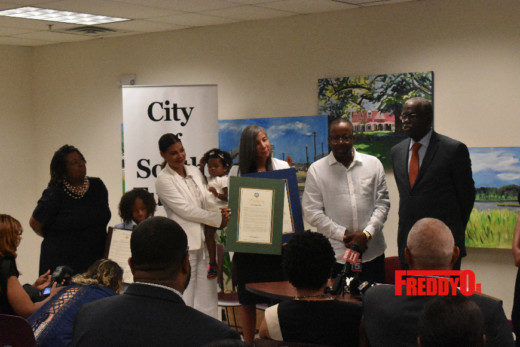 Houston called police just outside Atlanta in December 2003 to report that Brown threatened to beat her and then hit her in the face, leaving her with a bruised cheek and a cut inside her lip. But Brown described the incident as a “little spat” saying the two were playfully “slap boxing” before Houston took one of his jabs a “little serious.” 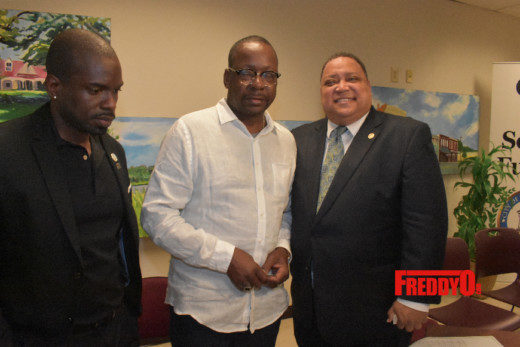 A judge in May 2004 ruled there was enough evidence for Brown to stand trial on misdemeanor battery charges and set a deadline about two months later for Brown to turn himself over to authorities for fingerprinting. An Associated Press report from the time says Brown and Houston exchanged smiles during the hearing and left the courtroom arm-in-arm.

Brown turned himself in on July 11, 2004, a few hours before the court-imposed deadline, and was released after posting a $2,000 bond.

A notice from the Fulton County solicitor general’s office says the case was dismissed in December 2005. The reason prosecutors gave was: “Unable to contact the victim.” 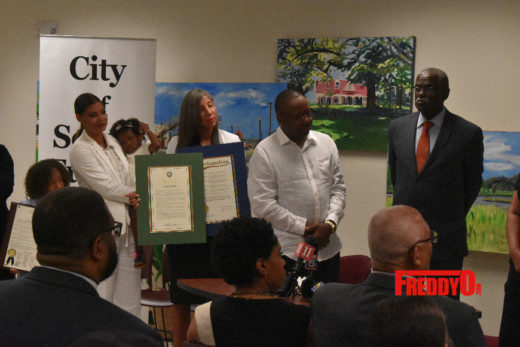 “It feels very hurtful,” she said. She added that, “everyone doesn’t have the platform that Bobby is on, so it’s exposed.”

She said they are currently looking at properties in Atlanta and plan to open a home in the next year. 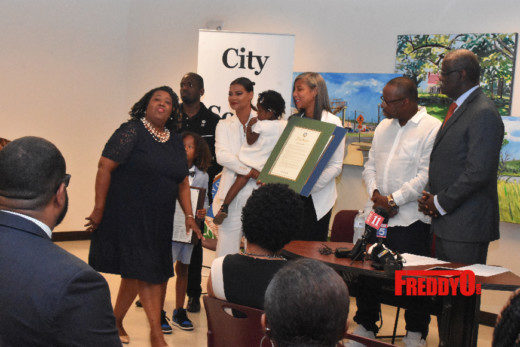 City of South Fulton Mayor Bill Edwards said he supports Brown despite the old charges, saying it’s appropriate for Brown to receive a proclamation recognizing his plans for a shelter. 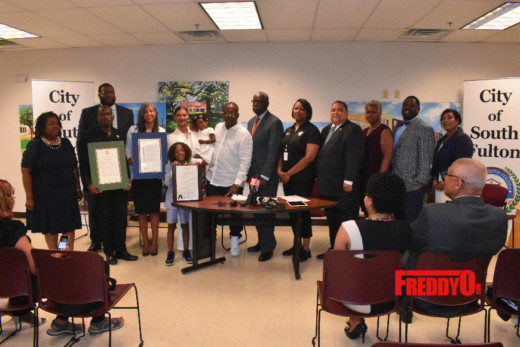 Brown said he felt overwhelmed by the local officials’ support. 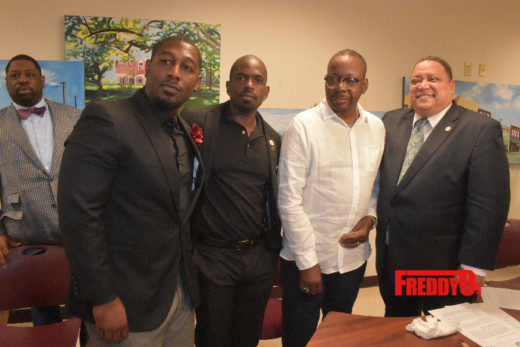 “I’m one of the happiest men on the planet earth right now,” Brown said. “It’s just beautiful that the mayor and city council have stepped up in support of my daughter’s passing.”