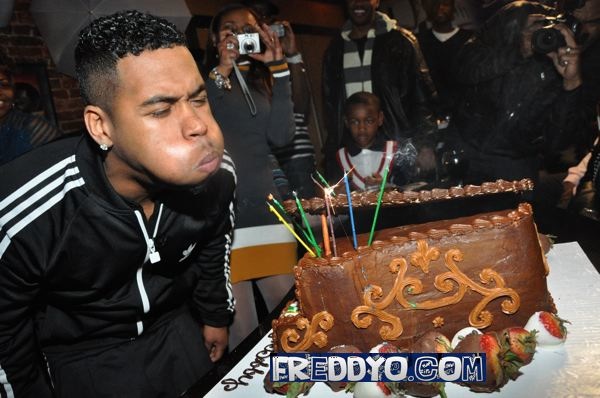 Bobby Wilson better known as Bobby V, recently celebrated his birthday with the true loves of his life: his mother,Â  family and close friends. I have to say at first I was kind of scared to go to the party thinking it was an a** whooping setup. Had they seen those infamous groupie pictures, sparks would have definitely flown. Unfortunately, my incognito hopes and aspirations came to an end as I was ‘found out’ by one of the party goers. She reached for her purse to grab what ever it was that was in her bag(yall know yall women don’t play bout yall family). Bobby’s mother came over and her attention(Thank you Ms Wilson) quickly went from me to the new conversation… as soon as that happened… I WAS GONE!!!Â  Anyway, here are all the pic’s… P.S. Happy Birth Day Bobby V… Sorry about the Naked pic’s.. Make sure tall follow him on twitter @BVKING