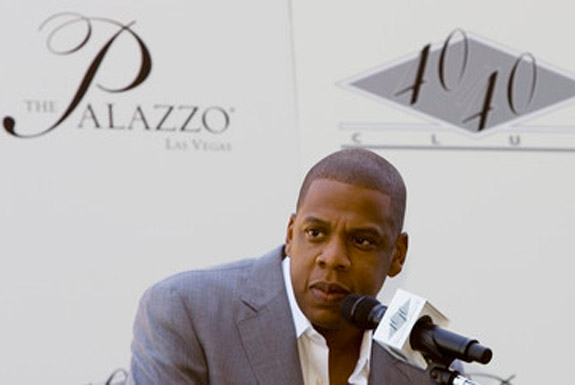 Several members of the security team at Jay-Z’s 40/40 club in Atlantic City have been fired.The employees were let go for their involvement in a fight last month. Video of the brawl appeared online November 30th, and showed several members of security beating two men in the club’s parking lot. Couri Glen, who is now the former supervisor of security, says the employees were initially suspended and then fired for misconduct. Glen claims the two men were removed from the 40/40 club after security received several complaints that they were groping women. Glen says he tried to escort the men out of the building, at which point they began throwing punches.

Following the fight, police said charges would be filed against the 40/40 club’s security team. A list of charges has yet to be reported.