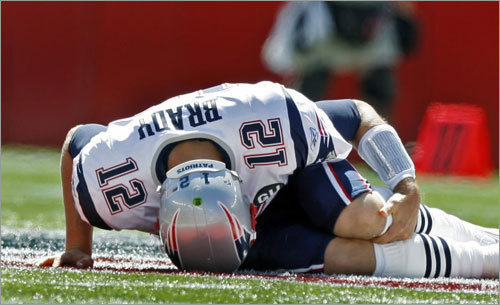 As radio station WEEI first reported, New England Patriots quarterback Tom Brady(notes) was involved in a car accident Thursday morning in downtown Boston (September 9). The quarterback was just “shaken,” acording to all reports, and did not go to the hospital. He went to team facilities at Gillette Stadium after the crash. But just in, ESPN is reporting that Brady has signed a contract extension worth 72 million.

The extension gets added onto the final year of Brady’s contract and goes through 2014. ESPN NFL Insider Adam Schefter reports that Brady’s four-year extension is worth $72 million, including $48.5 million guaranteed, according to a source familiar with the deal.