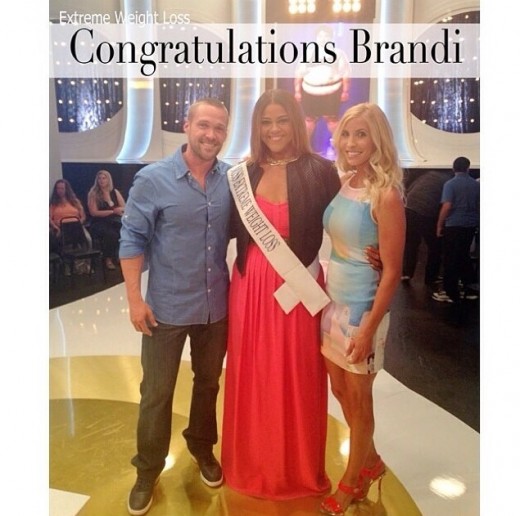 It is always a pleasure seeing someone overcome a lifelong obstacle. However, it is even greater pleasure when you already know and admire the person.

That someone I am writing about is Brandi E. Mallory. She is a Clark Atlanta University alum and season four participant of “Extreme Weight Loss.” Her journey to a healthier life is one that is sure to inspire.

Brandi E. Mallory, 30, was a plus size beauty from Stone Mountain, GA. She was a former beauty queen, who was eventually told she was “too big” to compete. Therefore, she pursued another passion of hers, which was to become a make-up artist. Although, successful, Mallory was yearning for something more.

She was given the opportunity to change her life for the better when she was chosen to take part in the fourth season of “Extreme Weight Loss.” For those who are not familiar with the show, “EWL” is where people volunteer to receive life-changing makeovers from Chris Powell.

Mallory’s episode aired on Monday and it was amazing to read all the words of encouragement that she received especially from her CAU family…we took OVER Twitter! In the beginning of her episode she weighed 329lbs and had 24in arms; alarming numbers for everyone.

I was nervous, I was scared, but I was ready…and that is the one that anybody who wants to truly lose weight and it keep it off…has to be ready! 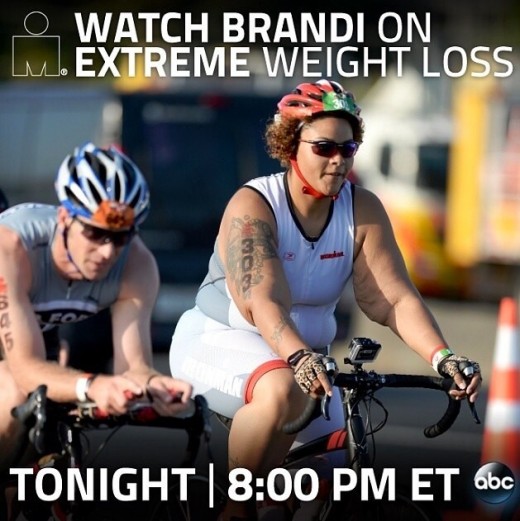 Early on Mallory experienced obstacles when she began having trouble with her long-time girlfriend. Unfortunately, those issues made their way to the scale. Eventually, she broke things off with her girlfriend and began to see the results she needed. Mallory stresses the importance of having a strong support system.

Unfortunately, a lot of people live selfish lifestyles and don’t understand how importance it is to be there for others. When you fall, (it is) the idea of fall without failing…you can fall but you need someone to fall on.

Throughout her entire episode she is unable to reach her weight loss goal, which was frustrating to Powell. But she was not looking at the numbers, she was just focused on preparing herself for The Half Ironman Triathlon.This was an important part of her journey because it was one of her longtime goals. And on January 19th, she was able to finish in the necessary time and complete the competition.

I was going to finish! They were going to let me finish…even if it meant they stopped the race and allowed me to finish from where I was. There was nothing they could say (at that point) and I came too far for me not to have the chance to walk across the finish line.

After her triathlon, the sky was the limit for her. She continued to drop the pounds and seeing big changes. The last test was the last weigh-in to see if Mallory met or beat her weight goal. She walked into a studio filled with proud friends and family members. As usual, she looked GORG and her face was BEAT! When the moment arrived for her to be weighed, she bravely stepped on the scale and waited for her weight to be revealed. Mallory’s final weight was 178lbs. She DOMINATED and lost a whopping 151lbs.

It would seem as if her journey is over, but it is no where near it. Her biggest obstacle (now) is to be consistent and change her way of thinking.

Chris told me it was going to take 5 years for my brain to catch up with my new body. It is hard sometimes but I have to keep working. Sometimes I pass the Little Debbie aisle in Wal-Mart and say ‘What’s up! You look good oatmeal creme pie BUT I have to keep it moving!’ You can’t undo 20 years of certain habits overnight!

She is still working out and invites friends to workout with her twice a month. She now has the tools and knowledge for a healthier life and want to share it with others! I am so proud of my old classmate and look forward to seeing all the things she accomplishes.

Something that everyone needs to look out for is her future blog, which will aid people from a holisitic standpoint. Until then you can always visit her Tumblr at www.brandimallory.com. 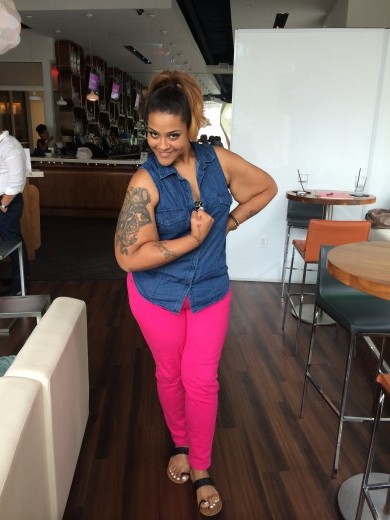