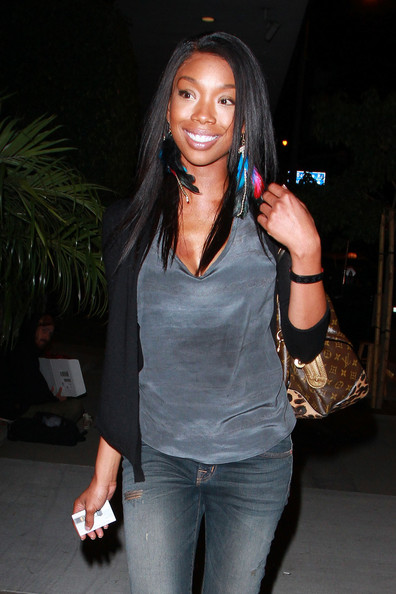 You may have enjoyed singer Brandy’s two reality tv shows, A Family Business but she has stated that she won’t be doing reality tv anymore simply because she isn’t “wild enough for reality tv”. Interesting words of choice. Despite her stance against reality tv, she did reveal in the below video clip that she would document the process of her making her upcoming album. So…no reality tv…but documentaries are ok. She’s hopping back on the radar it appears with her recent photoshoot that she did with famous photographer and Derek Blanks and now this new album that she’s working on. Take a peek at the video clip of Brandy voicing how she feels about working on reality TV. How do you feel about her statements?