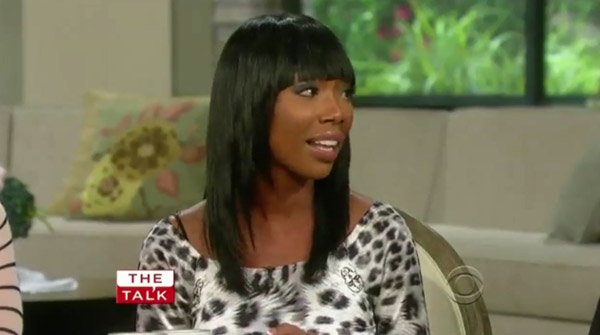 Singer Brandy is making her rounds. This time she stopped by CBS’ The Talk and let the ladies all up in her business. On the show, fans get an inside scoop on her southern upbringing, how she’s raising her now 9-year old daughter, and some juicy personal info!

The star also showed her fun side by playing a game with studio guests called Have You Ever which the show named off her hit song Have You Ever. Winners of the game were given spa weekend treatments. These questions where a little off the chain too! They asked her things such as: Have you ever shoplifted? Have you ever worn the same pair of underwear for more than 2 days in a row? Have you ever cheated on a loved one? Seems to me they were trying to get some juice on Brandy. Check out the video clips for yourself below:

Brandy, who is newly signed to RCA Records, is working on her sixth studio album.Â  She hints the album will be “futuristic R&B” and has been looking at past work for inspiration. The album is scheduled to be released early 2012.

What do you think of her fun interview on The Talk?