Brandy made her way back to the tattoo parlor in an attempt to get the elephant trunk on her wrist less â€œpenis-like.â€ 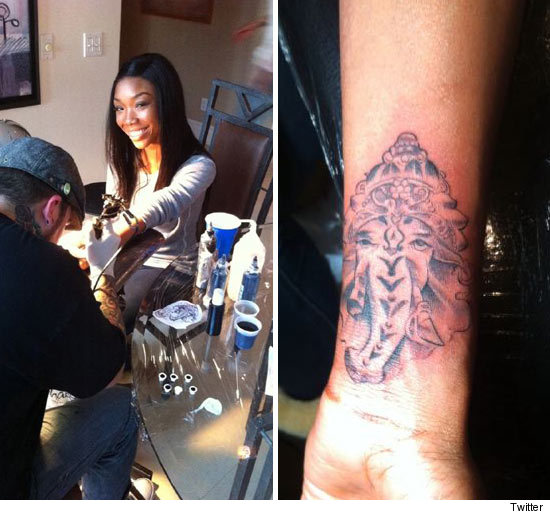 The tattoo artist says when Brandy first posted the picture of her latest ink,that it wasnâ€™t finished yet. Celebs have a habit of permanently inking their bodies with â€œspecialâ€ artwork that the public just doesnâ€™t understand.

His comment:
The artist, Peter Koskela, tells us, â€œI wanted to fix the offending tip â€¦ remove the whole phallic aspect. I told her Iâ€™d just swing it upwards.â€ 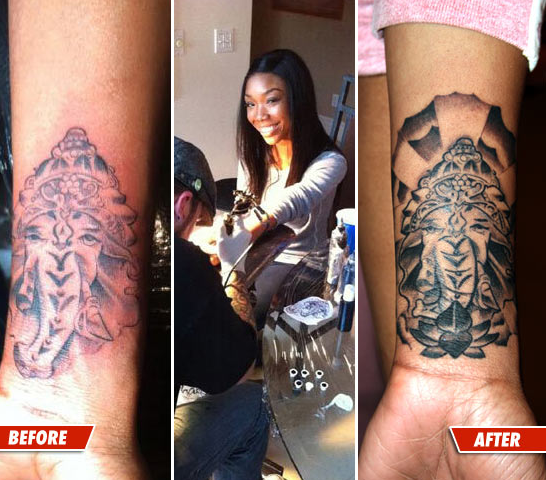 In other news, Lindsay will be charged with felony grand theft for allegedly stealing a $2,500 necklace from a Venice, CA jewelry store.

“People just don’t believe me and know I’m in a vulnerable position.”

She thinks the jewelry store owner is seizing the moment by concocting a story that Lindsay stole the jewelry. Lindsay insists it was loaned to her.

And we’re told … Lindsay is “extremely nervous” about the prospect of going back to jail. Although she refers to the possible penalty as jail, it’s actually a lot worse … State prison.