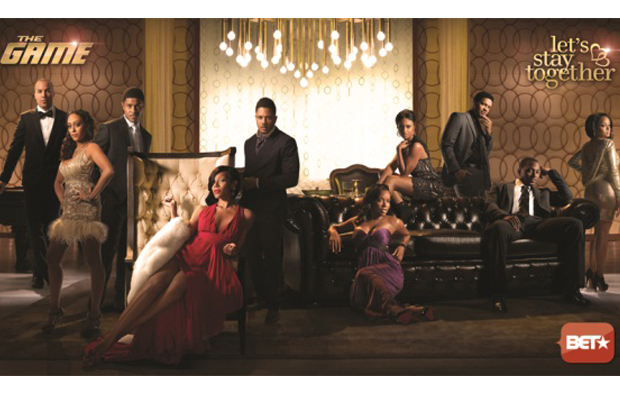 Music starÂ Brandy has put making her new album on hold as she joins the popular B.E.T cast ‘The Game’ for Season 5. ‘The Game’ will have 22 episodes this season and airs on January 10th at 10PM ET. B.E.T reveals there will be a lot more exciting guest appearences this season including Brandy Norwood, Estelle, Shawn Marion, Loretta Devine, and even Ms. NeNe Leakes. Also, actress Kyla Pratt announces her new role in B.E.T new hit series ‘Let’s Stay Together’.Check inside for more details aboutÂ what these twoÂ new seasons holds inside.Brandy returns to acting after being best known for herÂ role in her hit sictom seriesÂ ‘Moesha’. Years later she returns to the tv screen as herÂ character is said to be involved in the messy drama between our favorite characters Malik, Tosha, Melanie, and Derwin. No actual word on how her character will be play out but we are excited to see Ms. Brandy back in her acting roles and will be tuning in on premiere in January 2012.

Actress Kyla Pratt also will be joining the B.E.T family as she will be a new face to the second season of ‘Let’s Stay Together’. Kyla is best known for her roles on â€œOne On Oneâ€ and the voice of Penny Proud on â€œThe Proud Family”. Kyla recently announced that she has a 1 year old daughter named Lyric (see here)Â who she has been focusing on but now she is jumping back into her career and we are excited to see her join the new cast.