Brandy Joins The Cast of Tyler Perry’s “The Marriage Counselor” 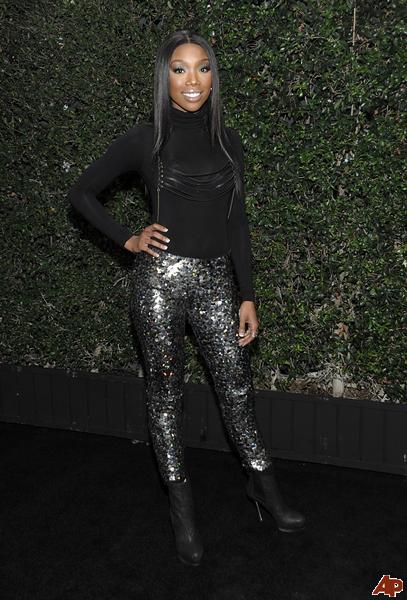 Brandy NorwoodÂ returns to theÂ big screen and joins Kim Kardashian,Â Ella Joyce & Jerry Stiller in Tyler Perryâ€™s â€œThe Marriage Counselorâ€.Â Brandy tweeted “First day on the set of Tyler Perry’s new movie “The Marriage Counselor”!!! God is sooooooo Good!!!” today.Â As you know Brandy is no stranger to hard work , she’s also in the studio with my homie Sean Garret working on her new studio album. The cast for “The Marriage Counselor is getting bigger and bigger and is sure to be another success from Tyler Perry. Â The movie is about a woman name Judith ,an Ivy League-educated relationship expert who makes her living dispensing marital advice, but is so bored with her own marriage that she breaks her professional code and cheats with a smooth talking client only to realize she has made a huge mistake.

Tyler spoke about his opportunity to work with Lionsgate with this new film. Tyler Perry â€œI have a great relationship with Lionsgate and am proud to be making my thirteenth film with them,â€ said Perry. â€œI always appreciate the artistic freedom they afford me, but will particularly appreciate it on this project, which explores family life even more up close and personally than I ever have before and speaks about so many universal issues and challenges that are dear to my own heart.â€ The Marriage Counselor, is a Lionsgate film Tyler Perry will next direct that’s based on his stage play. Shooting began October 26 in Atlanta, GA.

What do you think of Tyler’s all-star cast?