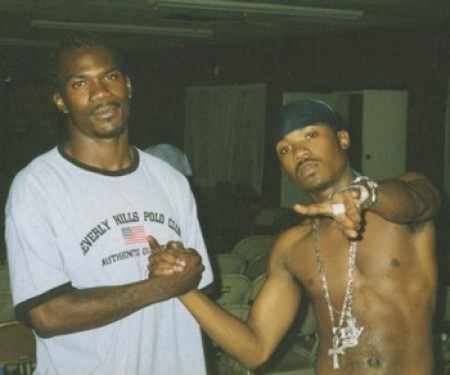 Brandy and Ray J’s illegitimate brother Danyelle “C-Dove” Brown took his DNA test this weekend to prove once and for all that Big Willie Norwood is indeed his father.Â Brandy and Ray J’s mother Sonja has already made her feelings known that she doesn’t acknowledge him although Ray has met his big brother before.
According to C-Dove’s Myspace page, he was born May 6, 1975, at University of Chicago, Lying In Hospital Chicago, Illinois, to his mother Lynetta Brown and his father Willie Ray Norwood Jr. both parents were raised in, and, are from Greenwood, Mississippi. He is the only child that his mother has.Â As previously reported, C-Dove asked his father to take the test as well but did he show up. Watch and see if Willie Norwood Sr. stepped up to the plate and acknowledges his possible first born. Click here to watch

Shot out to Hiphopwired for the story..