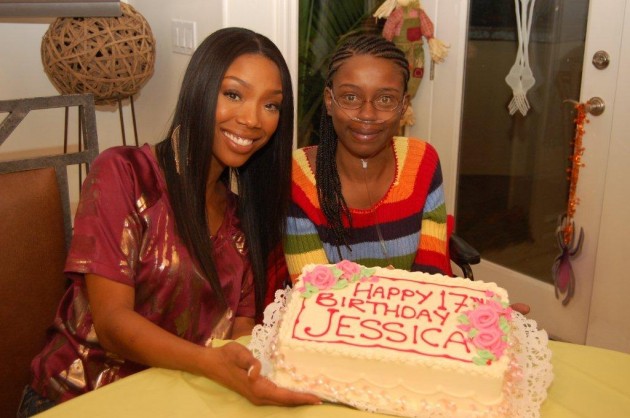 Singer Brandy is deeply saddedened by the death of a young girl who she helped to receive a heart transplant. The R&B song-tress launched a money-raising campaign to fund a life-saving operation for 17-year-old Jessica Harris, who hailed from Brandy’s hometown of MCComb, Mississippi and suffered hypoplastic left heart syndrome. Brandy flew Harris out to California for a birthday party in October (10) to lift her spirits ahead of her February (11) transplant.

But the story has ended in tragedy following the teenager’s death in a New York hospital on June 2, 2011, and Brandy has released a statement to express her grief.

“Jessica was and will always be an inspiration to our family. In the face of her illness, her courageous spirit and positive outlook gave us memories we will cherish for a lifetime. We were touched by the outpouring of generosity from the public when we set up a fund on her behalf to help cover her medical and travel expenses.”

Spotted@ Bossip
Harris suffered from hypoplastic left heart syndrome, and was denied medical insurance through her fatherâ€™s job because she was deemed to be suffering from a preexisting condition. Brandy thanked those who donated to the fund and the hospital that carried out the heart transplant â€” the Morgan Stanley Childrenâ€™s Hospital in New York.