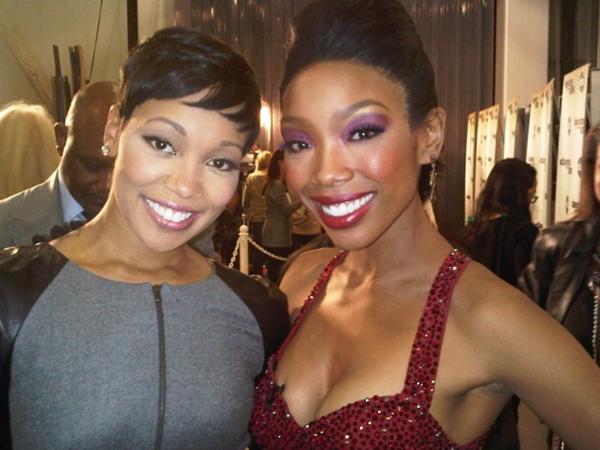 In a stunning side step, â€œDancing With the Starsâ€ viewers told Brandy to hang up her dancing shoes on Tuesday night’s semi-finals and I have to say that I was lost for words. In past weeks, viewers voted to retain Bristol Palin — despite her low marks from the panel of judges.
Brandy appeared stunned to be eliminated despite high scores from judges week after week. She declined to comment on the live broadcast, saying she had not processed her loss.

The three Season 11 finalists from the original field of 12 celebrity candidates are: Palin, “Dirty Dancing” actress Jennifer Grey, and Disney Channel star Kyle Massey.
Viewer votes and scores by judges Len Goodman, Bruno Tonioli and Carrie Ann Inaba determined who would be eliminated.
On Monday night, the judges awarded Grey and professional partner Derek Hough a perfect score of 60. Massey earned a total of 58 for his two routines with partner Lacey Schwimmer, while Brandy and partner Maks Chmerkovskiy received 57. Palin finished at the bottom with 53 points. Here is her performance from last night…