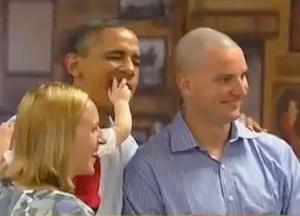 Enjoy the funny moment in the video below.