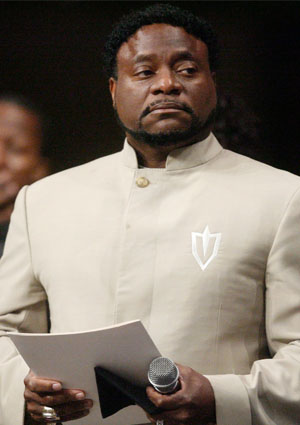 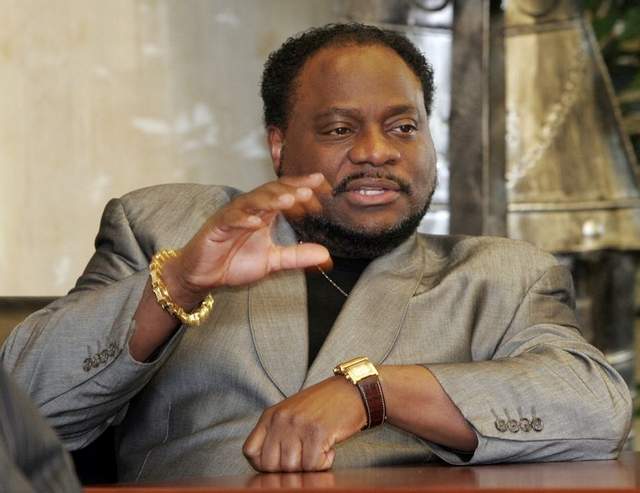 In stunning and breaking news, Bishop Eddie Long has officially announced he will be stepping down from the pulpit of New Birth in Lithonia, GA.Â  In church today Bishop Long announced he will beÂ  taking a leave of absense to “take time to heal with family”. This comes days after his wife revealed she has filed for divorce and after the 2010 allegations of the pastor having sexually relations with young men in his church. Check inside for more details of this story.

Ever since Long was accused in 2010 of sexual relations with four young men in his care, the black church has been forced to ask itself tough questions. Some argue that a sin is a sin, whether it is telling a fib or sleeping with underage kids of the same sex. There are others who believe that Long should speak up and tell the truth about what happened. Thus far, there is nothing but silence as he has continued to deny the allegations although he paid the accusers a large sum of money to sweep the matters under the rug.

Bishop Eddie Long helped make New Birth Missionary Baptist Church into one of the nationâ€™s biggest and most influential church in the Atlanta area but through turmoil and controversy the church has been turned upside down and Bishop Long recently announced to his congregation that he would step down to take time to heal with his family. Longâ€™s wife filed divorce on Thursday, changed her mind on Friday to then change her mind again on Saturday to go through with the divorce which may have played a huge part in Bishop Longâ€™s leave. Reports have surfaced that his wife has already moved out of their multi-millionaire dollar home and taken her children with her.

While he announced his stepping down in church today his wife Vanessa and two children were there by his side as he had this to say about his leave, â€œIâ€™m still your pastor. Youâ€™ll still receive my direction. Youâ€™ve given me some weeks to take care of some family business.â€

What do you think about Bishop Long stepping down from the pew?â€¦.stay tuned for more details to come on this developing story.