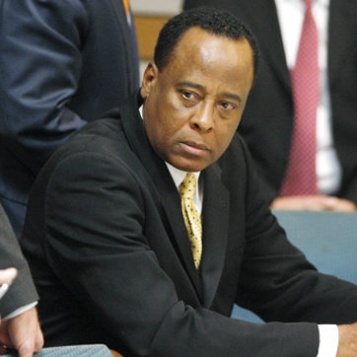 Today Dr. Conrad Murray was found guiltyÂ of theÂ  involuntary manslaughter in the death of Michael Jackson. After a long 6 week trial, jurors have found without reasonable doubt that Dr. Murray is the one who should be held accountable for the death of the King of Pop. This felony charge could leave Murray in prison for up to 4 years. He is scheduled back in court for his sentencing on November 29….check inside for moreÂ  exclusive details.

Dr. Murrays defense team is said to be “very disappointed” in the ruling of this case while MJ supporters including his family have all said that justice was indeed served today. His defense team have already come forward shortly after the verdictÂ to say they will be appealing the ruling very soon.

Many Jackson family members were in court today to hear the ruling and Michael’s parents Katherine and Joe Jackson said they were “ecstatic” about the guilty verdict. The family released a statement saying this:

“We have been waiting for this moment for a very long time and we couldnâ€™t hold back tears of joy in the courtroom.Â  Even though nothing can bring back our son, justice has finally been served!”

They also added that they couldnt wait to celebrate this news with Michael’s children back at home. Law enforcement sources tell TMZ, the doctor will be getting his own cell as well asÂ an escort whenever they decide to move him. His lawyers made a plea for the judge to release Murray until sentencing so he could be with his family but the judge disagreed and Murray was placed in handcuffs and sent back to County until his sentencing.

Although the verdict will not bring back Michael Jackson, do you feel that justice was served?