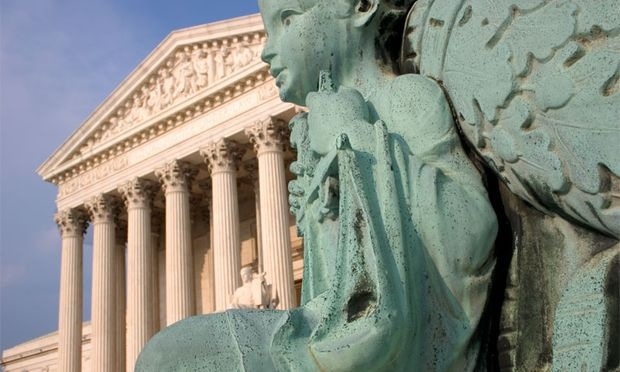 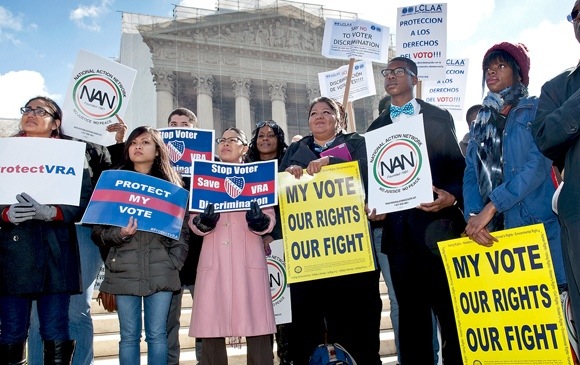 “Holding: Section 4 of the Voting Rights Act is unconstitutional. Its formula can no longer be used as a basis for subjecting jurisdictions to preclearance. . . . “Our decision in no way affects the permanent, nationwide ban on racial discrimination in voting found in [Section] 2. We issue no holding on [Section] 5 itself, only on the coverage formula. Congress may draft another formula based on current conditions.”

The decision was 5-4, with all of the court’s liberals unfortunately upholding Section 4.

The Supreme Court struck down Section 4 of the Voting Rights Act in Shelby County v. Holder on Tuesday. Chief Justice John Roberts wrote the majority opinion in the 5 to 4 decision. The court found that the VRA’s formula for deciding which jurisdictions should be subject to preclearance is unconstitutional, SCOTUSblog explains, because while the formula was rational in the 1960s, it’s not anymore. In other words, things are different in the South.

The Alabama county challenged Section 5 of the legislation, which requires that states and counties with a history of trying to block minorities from voting get pre-clearance from the Justice Department to change any voting laws — from the requirements to register to vote to the location of a polling station. Section 4 is the formula that determines what places Section 5 applies to. The majority opinion says, ”Our decision in no way affects the permanent, nationwide ban on racial discrimination in voting found in [Section] 2. We issue no holding on [Section] 5 itself, only on the coverage formula. Congress may draft another formula based on current conditions.” Justices Anthony Kennedy, Antonin Scalia, Clarence Thomas, and Samuel Alito joined Roberts to vote strike down the decision. (In his concurring opinion, Thomas said he would strike down Section 5, too.) Section 4 is merely a victim of the VRA’s success, the court said: “There is no doubt that these improvements are in large part because of the Voting Rights Act. The Act has proved immensely successful at redressing racial discrimination and integrating the voting process.” 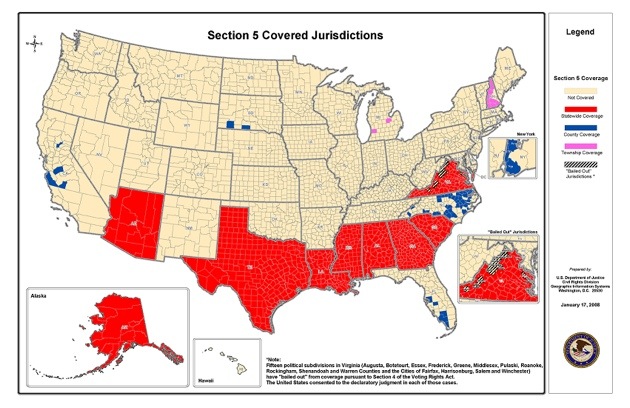 Justices Ruth Bader Ginsberg, Stephen Breyer, Sonia Sotomayor, and Elena Kagan dissented. Ginsberg wrote, ”The sad irony of today’s decision lies in its utter failure to grasp why the VRA has proven effective… Throwing out preclearance when it has worked and is continuing to work to stop discriminatory changes is like throwing away your umbrella in a rainstorm because you are not getting wet.”

Do you think this is a good idea?

Please leave your comments below.