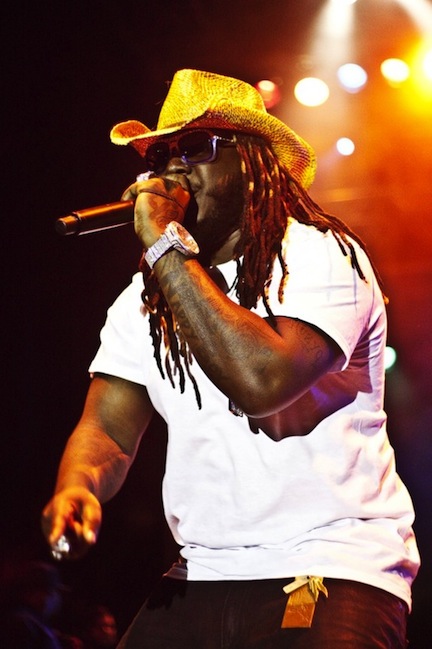 Wait a minute, news just broke that T Pain will never be using the Autotune technology to enhance his vocal abilities as an artist. But wasn’t that his claim to fame? Can he survive on his vocals alone? I don’t know y’all I’m scared, this may be the end of him as we know it.

“I vow right here, right now, to never use Auto-Tune again,” T-Pain told AllHipHop.com in an exclusive statement. “I’m onto something that I think is bigger and better called ‘The T-Pain Effect.'”

The Grammy award-winning producer and platinum selling rapper has partnered with Izotope, an audio technology company, which is the exclusive provider of the new ‘T-Pain effect. T Pain has inspired many legends in the game to experiment with auto tunes since his nationwide breakthru with it such as Janet Jackson, Kanye West, Lil Wayne, Snoop Dogg and numerous others.

T-Pain’s usage of Antares’ Technology made the Auto-Tune so popular, that he officially partnered with the company in September of 2009 to create the “I Am T-Pain” Iphone App, which allowed users to auto-tune their voices on their smart phones. Now that his deal with Antares is over, T-Pain and Izotope are working to directly evolve his sound, using Izotopes proprietary vocal processing technologies.

All jokes aside he will be alright as long as the cash flow concerns, T-Pain and Izotope will showoff the new technology on June 7th during E3, at the NOX booth. SO let’s look for a new era of music once it hits the streets.