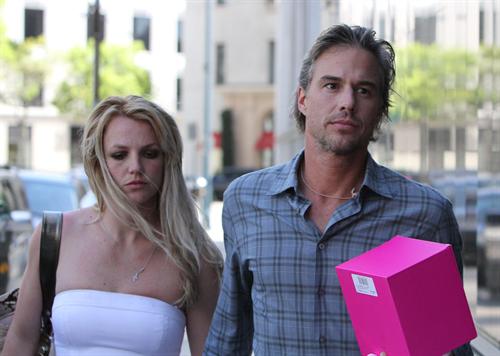 Britney Spears’ relationship with Jason Trawick has escalated into violence, and according to her Vegas fling from back in the day, Jason Alexander, her current boyfriend has beaten her on multiple occasions!

“Britney is in an abusive relationship. She told me her life had turned into a nightmare.”

Alexander claims to have received texts and e-mails from the pop star, which not only allege that Trawick “hit her so hard it gave her a black eye,” but that she had also been pregnant with his child earlier this year!

Ladies please know no man is worth yo life. Brit leave him before its to late we have heard this story to many times before.