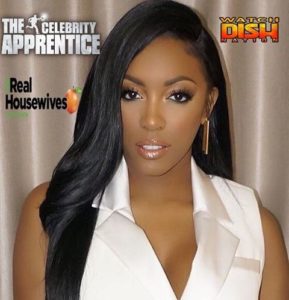 This meant moving the show to Los Angeles but the tenets remains the same: celebrities compete in business challenges, typically for major corporations seeking a nice infomercial, and win money for charity. Each week, one or more gets “fired.”

“My manager wanted me to do it,” Williams said in an interview last month. “I was scared. I was running from it. At the last minute, I agreed to do it. I didn’t know what I was getting into. But I was pleasantly surprised. I did learn a lot about myself.”

She said it was much more pressures than shooting “Real Housewives,” with 16 to 18 hour days. The only away time from the cameras was to sleep and even then, she was often distracted by thinking about the challenges. “It just doesn’t stop,” she said. “By 9 or 10 p.m., I’m delirious. I’m tired. I’m irritated. All that is captured on camera. That’s when we see how people act under pressure.” 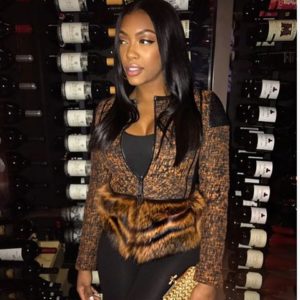 Not surprisingly, Williams – the granddaughter of civil rights icon Hosea Williams – was competing to win money for his charity Hosea Helps (formerly Hosea Feed the Hungry and Homeless.) “Even at my most exhausted, I kept my eye on the prize,” she said. “My family’s charity is so close to my heart.”

Williams, who has been on “Real Housewives” since season five, calls herself “very competitive. I think that’s where the pressure came. I wanted to make sure I was doing my best. You have to work hard and stand by your work.”

She knew Hosea – who passed in 2000 – himself would have been a star on the show. “My grandfather was unbossed,” she said. “He wouldn’t let anybody tell him not to do something. He’d rally everyone together. He was passionate about his causes. I was often that cause.”

She confesses she got along fine with fellow “Housewife” Richards. “It’s a business show,” she said. “It’s not about personalities. It’s about pulling out those skill sets, handling your own business, learning some new things. We were really good as teammates.” (Presumably, they start by splitting the teams into genders, which is pretty typical.)

The celebrity she had to consciously avoid thinking about as a celebrity was boxer Laila Ali. “I love her,” she said. “She’s so strong. She can also be intimidating.”

She did not consult with either Leakes or Moore about their experiences on the show. (She’s not close to either.) But she did reach out to Omarosa and Vivica A. Fox, past participants. “They were very encouraging,” she said.

Williams punted on any questions regarding Trump. “My job was to focus on raising money. It wasn’t about politics,” she said.

This version of “Celebrity Apprentice” was shot in March in Marina del Rey, Calif.. Like previous seasons, there will be a live finale once the pre-taped episodes air.

NBC did not send out a screener in advance so I don’t know how the show will look and feel per se but clearly, the Los Angeles vibe will be far different than the Manhattan-focused Trump version.

The Hollywood Reporter wrote that “a bust of the former California governor greets contestants in the lobby of the set, laid out much like a working office in a spot vacated by a startup.”
And just the fact Trump still has an executive producer title and profit participation has some anti-Trump types upset.

“I come from a marketing mentality, and the most important thing is that every American knows this show is coming on,” Schwarzenegger said during a press conference in December. (He endorsed John Kasich for president in March.) “I hope everyone chills and just sees the show for what it is.”

His “exit” catchphrase has yet to be revealed. In fact, he taped multiple farewells in each episode just to keep it tight. A likely candidate from “Terminator 2”: “Hasta la vista baby.”