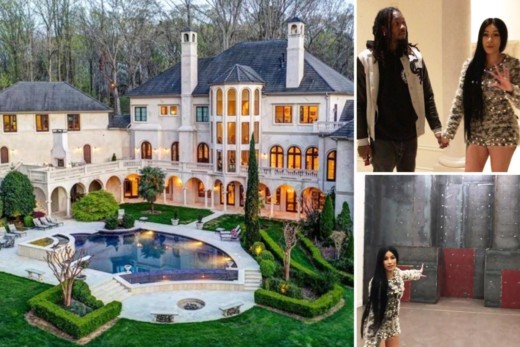 The rappers gave their fans a tour after buying the 22,500sq ft mansion in Atlanta

The singer also showed off the backyard of the house, which features a massive pool. 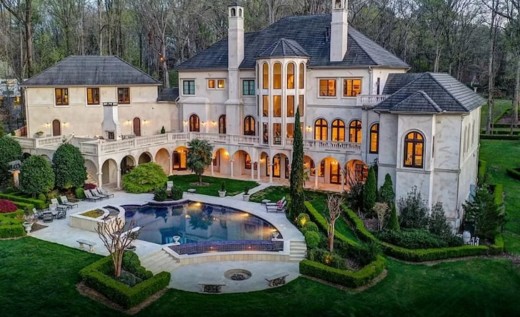 It is not known exactly how much the couple paid for the house, but it’s valued at $5.795million on the Dorsey Alston realtors website.

The purchase marks an incredible transition for the singer who once worked as a stripper to survive.

Cardi – real name Belcalis Almanzar – has spoken before of her tough upbringing around gangs in New York’s Bronx.

Aged 19, she was working as a dancer in a strip club to pay for college and escape an abusive boyfriend, and by the time she was 21 she’d saved £15,000 for bum and boob ops.

Later she amassed a huge following on Instagram with videos dishing out sex tips, relationship advice and political analysis.

Time magazine named her one of the most influential people in the world last year, and in February she made history as the first solo woman to win best rap album at the Grammys.