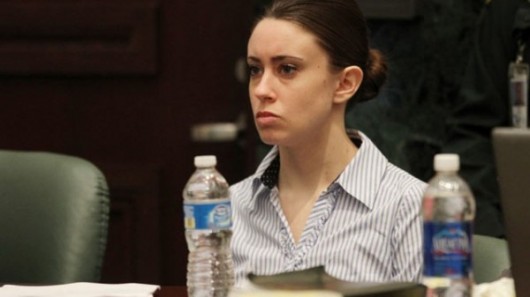 Wow was all I could say after finding out that Casey Anthony was found not guilty for killing her 2-year-old daughter. This has to have been the biggest court case since the Jonbenet Ramsey trial to captivated the nation as it played out on national television from the moment the toddler was reported missing three years ago.

Anthony, 25, wept as the judge read the verdict, which jurors reached after less than 11 hours of deliberation over two days. She was charged with first-degree murder, which could have brought the death penalty if she had been convicted.

Instead, she was convicted of only four counts of lying to investigators looking into the June 2008 disappearance of her daughter Caylee. Her body was found in the woods six months later and a medical examiner was never able to determine how she died.

She will be sentenced by the judge on Thursday and could receive up to a year in jail for each lying count.

Anthony’s attorneys claimed that the toddler drowned accidentally in the family swimming pool, and that her seemingly carefree mother in fact was hiding emotional distress caused by sexual abuse from her father… Hummm? please tell me what yall thin?