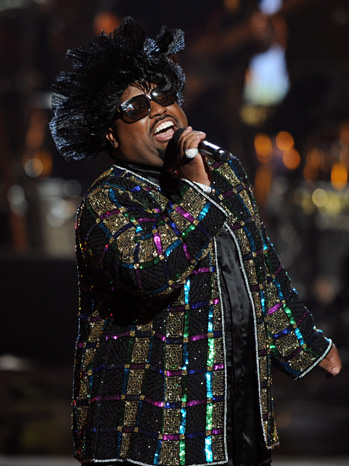 Cee Lo Green is going to be a little quieter this summer. The Grammy winner has decided to step away from his duties as an opening act on Rihanna’s “Loud” tour. Cee Lo’s commitment to NBC’s “The Voice,” as well as an upcoming book and new album, were taking up too much of his schedule. A spokeswoman for the singer says Cee Lo always puts “100 percent into his work,” and felt as if he wouldn’t be able to give “his fans the show that they deserve.” Rihanna’s “Loud” tour, which still includes J. Cole as an opening act, will continue on Tuesday with a show at the Staples Center in Los Angeles.

R&B legend Patti Labelle, recipient of BETâ€™s annual Lifetime Achievement Award, was honored during last nightâ€™s BET Awards with performances by Cee-Lo Green, Marsha Ambrosius and Shirley Caesar. Ms. Patti even performed some of her own hits including â€œLady Marmalade.â€

Fans can catch Cee Lo Green on the final two episodes of NBC’s “The Voice” this week. The performance round airs Tuesday at 9:00 p.m. Eastern, with the results show taking place Wednesday at 8:00 p.m. Eastern.