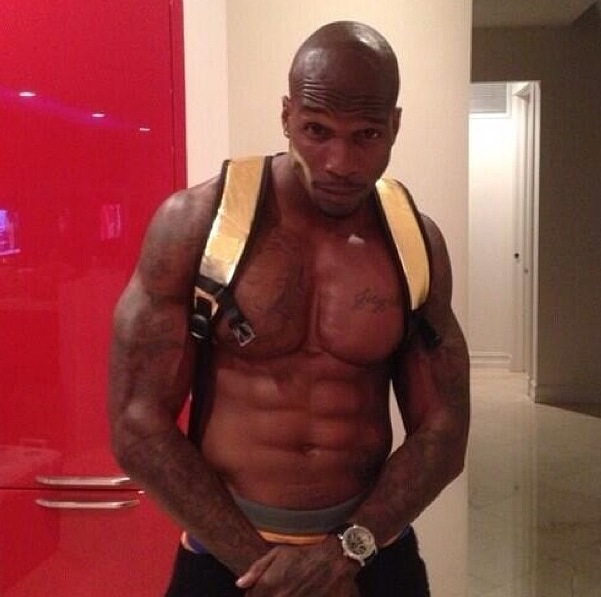 I thought Iyanla had SAVED his life? Check out the details below.

My girl over at theJasmineBRAND.com has learned exclusively that Chad Johnson is having financial issues. The 36-year-old, who came to fame in the NFL and became a reality star after dating and marrying former Basketball Wives star, Evelyn Lozada, is having some trouble with his bills, having recently been slapped with a lien over his Florida mansion.

Chad Johnson was hit with a lien by the Long Lake Ranches West Homeowners Association on June 12th in Broward County, FL. The doc states that Johnson failed to pay a total of $7,931 in fees to the Homeowners Association from October 1st 2012 to June 30th 2014, which he was supposed to be paying $1,133 per quarter.

You can read more details and see the documents here. :
Spotted @The Jasmine Brand.