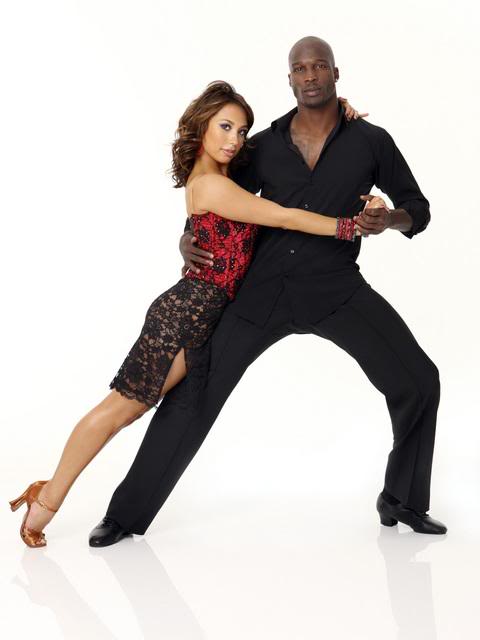 This is some bull Sh*t he gave his all on “Dancing With the Stars” with partner Cheryl Burke, and now Chad Ochocinco is kissing her and the show goodbye. The National Football League star and professional partner Cheryl Burke were ousted from the hit ABC show Tuesday, making them the 100th couple banished from the ballroom during the show’s 10 seasons. This is what he had to say on twitter :

Ochocinco came into Tuesday’s results show in last place, with 52 points out of 60 for his two dances. Judges’ scores are combined with viewer votes to determine which couple is eliminated each week. Ochocinco and Burke were coy about their relationship throughout the season. Fans speculated the two might be more than friends when the football star bought the pro dancer a flashy diamond ring one week and a delicate diamond pendant the next.

They continued their coyness Tuesday. Burke characterized their relationship as a “special friendship that will always mean the world to me.” Ochocinco said that what the couple built during dance practice will “continue for a lifetime.”

He thanked Burke and the show’s cast, calling his experience on the show “awesome.”

“I enjoyed the journey,” he said. “I met some wonderful people, and I got some great criticism that’s only made me stronger, man.

Burke called her partner “the most amazing, soft, gentle man in the world.”