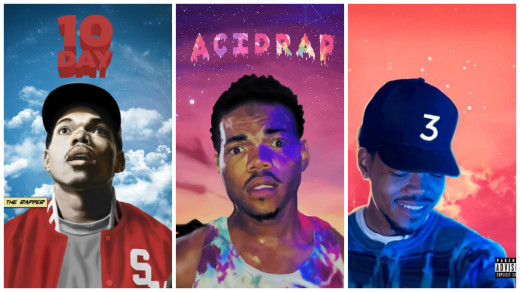 Chance The Rapper might be changing the music industry single-handedly, as the Chicago do-gooder continues to cross uncharted territory as an independent artist. Notoriously known for giving his music away for free, Chance is definitely in a category of his own in comparison to most mainstream rappers. His third long awaited mixtape “Coloring Book” is the first streaming-only album to reach the Billboard 200 albums chart. This year brings about many firsts for the Chicago rapper, back in December he was also the first unsigned artist to perform on SNL. 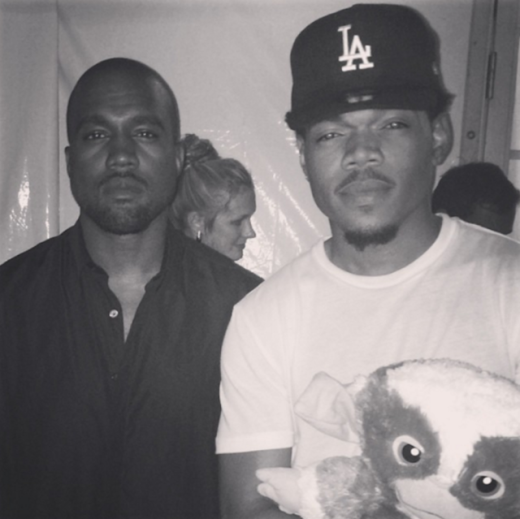 Among his many accomplishments this year, he is solely credited for delaying Kanye’s “The Life of Pablo” back in February because of his passion for his music. The final album track list left off “Waves”, a song Chance is credited for writing ft, Chris Brown & Kid Cudi. Chance fought for the song to be put on the album and in the last hours before the release, he and Kanye put the finishing touches on the song and included it on Ye’s highly anticipated album. 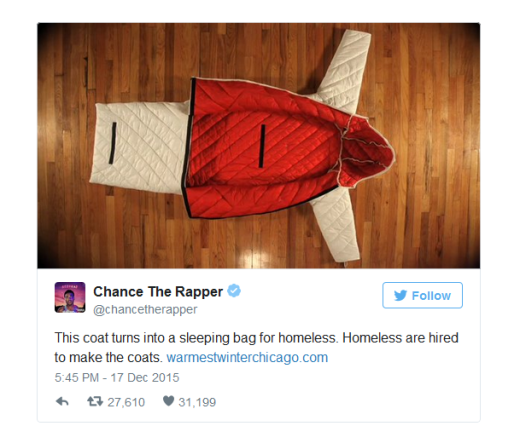 In the mist of being a huge musical influence, working on his album and working with Kanye, Chance also helps out his Chicago hometown whenever he can. Knowing first hand about the brutal Chicago winters, one of Chance’s biggest efforts to help came from a collaboration with Empowerment Plan in order to launch “Warmest Winter,” to provide employment to homeless people which allows them to assemble coats that turn into sleeping bags for themselves and others. 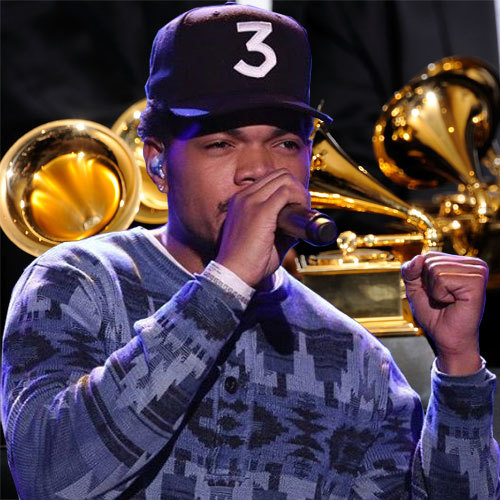 All his hard work could pay off in a huge way if he breaks yet another barrier at the Grammy’s this year. Current rules set forth by the Recording Academy do not acknowledge streaming releases for Grammy nominations, but the academy is currently viewing the language surrounding a possible exception to the rule with regards to the unique release of “Coloring Book“. Let’s hope the Grammy’s does the right thing for this deserving, striving artist!