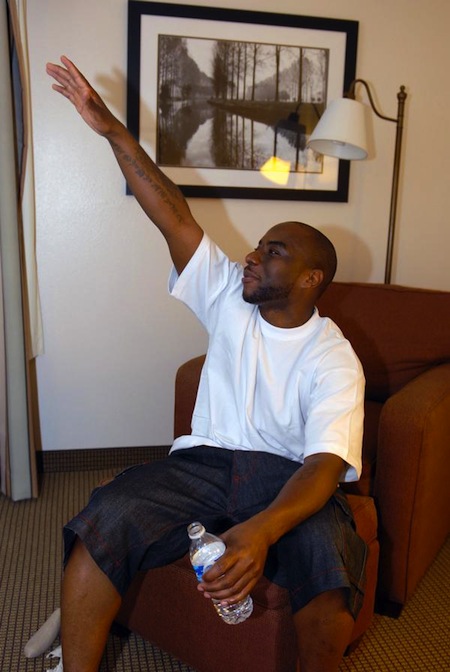 Charlemagne Tha God, co-host of the Power 105 The Breakfast Club, had to bail his father out of prison. The radio jockey’s father, Leroy McKelvey, was arrested for sneaking a taser into the Metlife Stadium and tasing a number of fans. Mr. McKelvey, age 59, claims that he was attacked for wearign a Cowboy’s jersey in Jets country. Other claim the fight started because Mr. McKelvey would not stop making noise during the 9/11 memorial ceremony before the game. The victims of Leroy include a marine.

McKelvey has been charged with three counts of aggravated assault, two weapons counts and was held on a $22,500 bond.

Here is footage of Charlamagne & Lil Mama goin at it. Check it out: