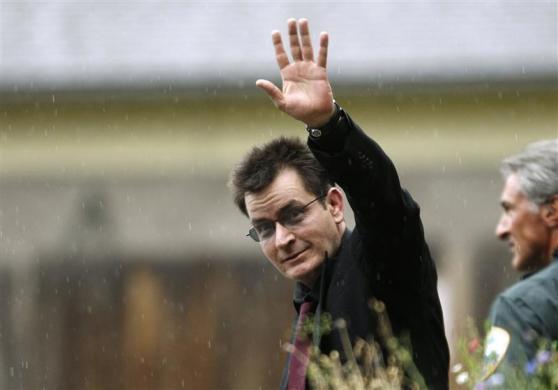 The Ish has finally hit the fan! Charlie Sheen just got the boot from Warner Bros. Apparently the Execs were tired of waiting for him to get his act together. For over a year Charlie hasÂ been in the media for his drinking, drug use, and domestic violence. Because of the erratic events, the Multi-Million dollar show was put on hold.Â But the Creator, Writer, and Executive Producer, Chuck Lorre has make the decision to end the show “Two and A Half Men” after careful consideration INDEFINITELY.

I wouldn’t be too worry about Charlie’s bank account, last week Charlie broke the record for having the most twitter followers in one day. He received 1Million followers for his tantrums. This lead to him signing a major deal to be the spokesperson for ADLY.

According to Associated Press:

Warner Bros. Television says it has fired Charlie Sheen from the hit sitcom “Two and a Half Men.”Â  The studio that produces the CBS series said the decision was made after “careful consideration.”

Sheen’s erratic personal life had prompted Warner to suspend production on the show for the season, and Sheen in return had been waging an angry media campaign against the show’s producers.Â  No decision has been made on the future of the series, Warner Bros. said in a statement.

According to TMZ Charlie isn’t heartbroken by this he issued a statement:

“This is very good news. They continue to be in breach, like so many whales. It is a big day of gladness at the Sober Valley Lodge because now I can take all of the bazillions, never have to look at whatshiscock again and I never have to put on those silly shirts for as long as this warlock exists in the terrestrial dimension.”