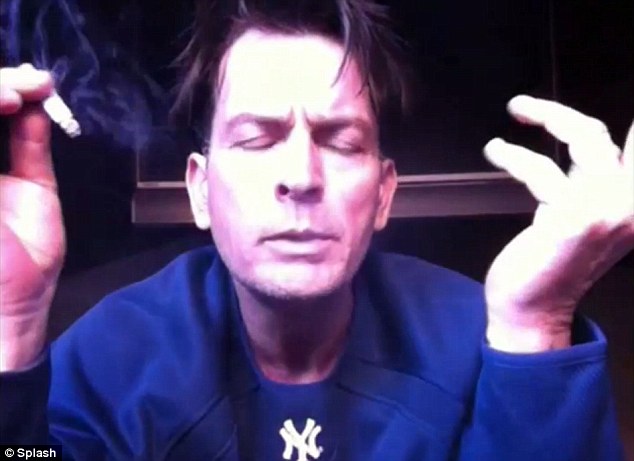 The drama surrounding Charlie Sheen has come to an end in at least one way: he was killed on his former hit show Two and a Half Men. In last night’s season opener, screenwriters killed his character with a subway train! What had happened was Charlie’s character, Charlie Harper, ran away with his neighbor Rose to get married in Paris. Once she found him cheating with another woman, she pushed him in front of an oncoming train and, “his body exploded like a balloon full of meat,” says The Hollywood Reporter.

Charlie Sheen was fired back in March for badmouthing his bosses in a number of highly-publicized interviews. The producers definitely had their fun with killing him off.

The episode began with a funeral scene in which Jon Cryer’s character, Alan Harper, said that it was a sad day for everyone.

“Speak for yourself,” one woman shouted from the audience.

Ashton Kitcher has replace Charlie Sheen on the show and we’ll see if he goes off the deep end too!

In other Charlie Sheen news, after suing Warner Brothers for $100 million (see here), they have reached a settlement for $25 million. He sued for lost wages and punitive damages. I wonder where we’ll see ol’ Charlie go.