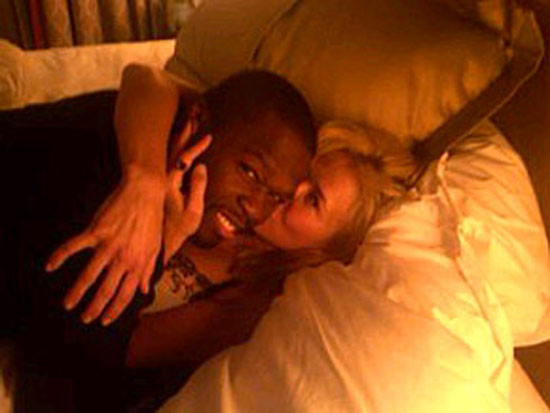 Apparently 50 Cent was mending a broken heart over the holidays. A source tells “Us” magazine that comedienne Chelsea Handler ended their rumored relationship just before Christmas, leaving the emcee “heartbroken.” The insider says 50 tried to win Handler back by sending her gifts, but adds, quote, “she sent them back. She put a note on one that said, ‘I can buy my own gifts.'” Handler and 50 Cent were first rumored to be an item last October when they were spotted together at a New Orleans bar. The two denied that they were involved, saying their relationship was strictly business. However, they did post pictures and make a few statements that suggested a possible mix of business and pleasure.
Handler has reportedly wasted little time moving on from the rap superstar, as she is now said to be involved with Uma Thurman’s ex, hotel owner Andre Balazs. An insider remarks, quote, “Chelsea and Andre are dating. He’s exactly her type.”