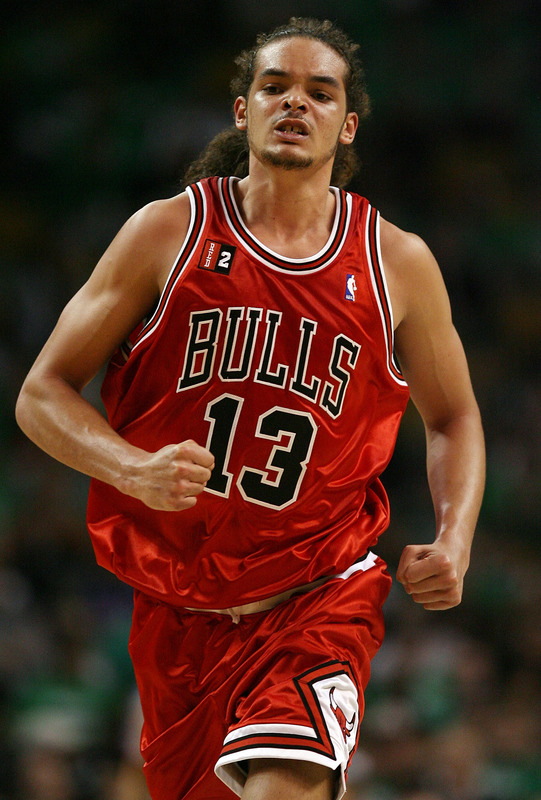 Apparently Joakim Noah didn’t take heed to the $100,000 mistake Kobe just made for using a gay slur while referring to a referee. Last night during the Eastern Conference Finals game against the Miami Heat, Noah was caught on camera using a homophobic slur. After being benched Joakim felt it necessay to say â€œF**k you, f**gotâ€ to a fan.

Noah said he expects to be fined by the league. After the game, Joakim spoke to reporters in the locker room, Noah said, â€œI apologize. The fan said something to me that I thought was disrespectful, and I got caught up in the moment, and I said some things that I shouldnâ€™t have said. I was frustrated and I donâ€™t mean no disrespect to anybody. I just got caught up.â€

After all of the that, the Bulls still lost 96-85 and are now down 2-1 in the series. Check out the video below.