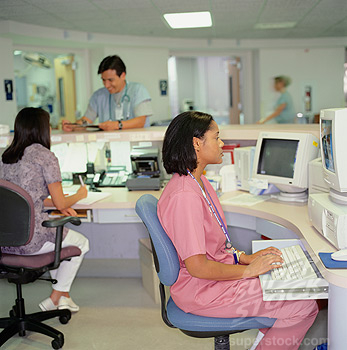 This past Thursday, the Equal Employment Opportunity Commission (EEOC) filed a class racial discrimination lawsuit against Jackson Park Hospital and Medical Center, a hospital in Chicago. The EEOC filed the lawsuit because they found that the South Side hospital gave Black female workers different terms and conditions of employment and found that there was also segregation in job assignments due to their race. It’s been noted that at least one woman was demoted for standing up against the discrimination.

A thorough investigation done by the EEOC, showed that several Black female medical technicians at the hospital had to perform mandatory assignments that their male co-workers who were not Black didn’t have to perform. You can’t tell me that doesn’t sound unfair. What makes this story so bad is the fact the president of the hospital is Black. Let’s not mention that the majority of the hospital’s 560 employees are Black. Now to put the icing on the cake, pretty much all of the patients are Black AND the hospital is located in a Black neighborhood. WOW! That’s all I can say. How do you feel about this story?